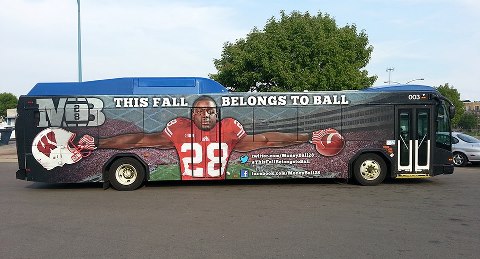 Montee Ball isn't nicknamed The Bus, but he's on one in Madison, Wis. Take that, Jerome Bettis. The Wisconsin athletic department put Ball on one Madison bus that will travel throughout the city through the end of September. It's all part of Wisconsin's "This Fall Belongs to Ball" campaign that promotes its 2011 Heisman Trophy finalist.

Ball is fresh off a season in which he tied Barry Sanders' single-season record for touchdowns (39), and he'll attempt to chase history again this year, his final in Madison. It should be a special one.