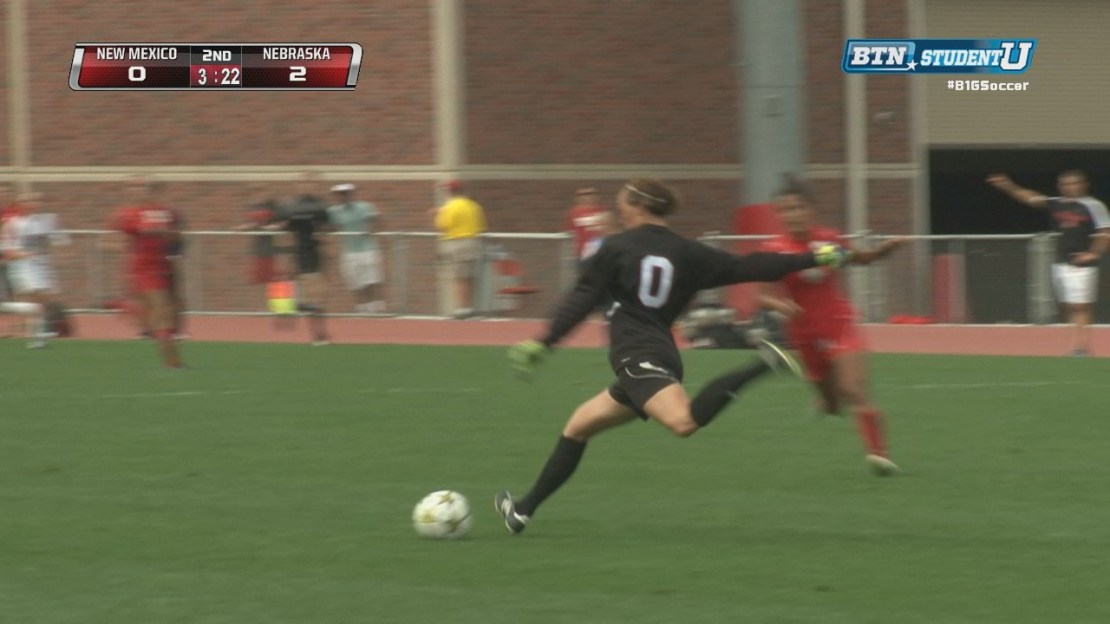 Freshmen Jaylyn Odermann and Katie Kraeutner led the Nebraska soccer team (1-3-0) to its first win of the 2012 season on Sunday afternoon at the Nebraska Soccer Field with a 2-0 shutout of the New Mexico Lobos. Odermann notched both her first career goal and assist on the day, while Kraeutner added her first career goal. Read more at Huskers.com. Watch the New Mexico and Nebraska women's soccer wrap-up now and jump inside for more soccer and volleyball.

Ohio State women's soccer team pulls out the victory against Maryland by a 1-0 final on Sunday night:

The No. 4 Nebraska volleyball team swept the Notre Dame Fighting Irish 3-0 (25-19, 25-21, 25-13) in front of 7,386 fans Sunday afternoon at the CenturyLink Center in Omaha. With the sweep, the Huskers closed out an impressive opening weekend that included a sweep of Saint Louis and a 3-2 victory over No. 1 UCLA on Saturday night. Read more at Huskers.com. View the complete BTN Olympic sports TV schedule so you don?t miss any of the action.