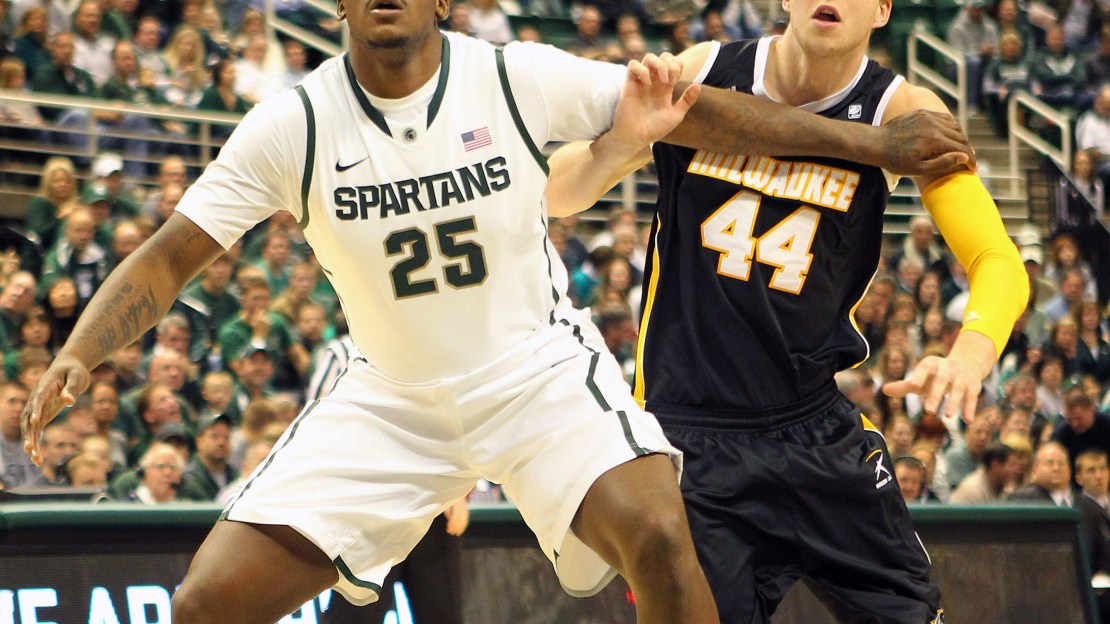 Michigan State big man Derrick Nix tipped the scales at 270 pounds last season, according to his MSUSpartans.com profile. Nix wants to be in better shape for his senior season, and he's doing something about it. Something major. He tweeted Tuesday that he will become a vegetarian for the next year. That's Aug. 20, 2012 to Aug. 20, 2013. See Nix's tweet in this post.

Hey, Nix isn't the first athlete to go the vegetarian route. MLB star Prince Fielder gave it a try in the past, although he never really seemed to slim down. Expect Nix to shed some weight from his frame if he lives up to the tweet.

That big frame helped Nix provide one of the more memorable moments of the 2012 Big Ten tourney, when he punched a hole in the basket support. Watch our video of it below: