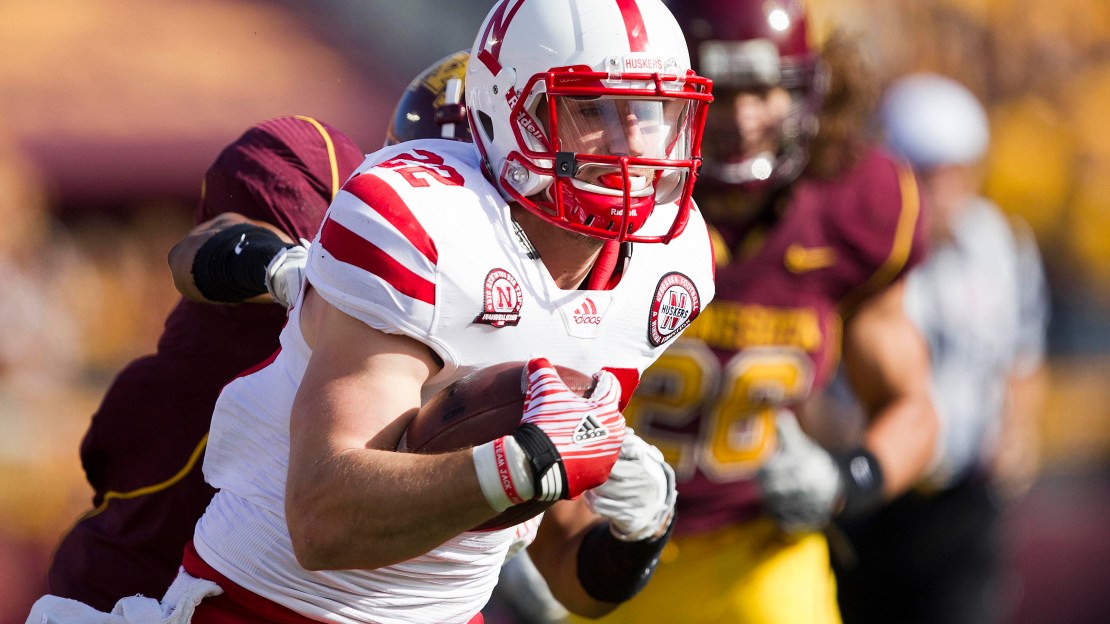 Athlon Sports released its Top 30 Running Backs for 2012, and a quartet of Big Ten backs made the list. Wisconsin's Montee Ball, last year's Heisman Trophy finalist, leads the Big Ten contingent, at No. 2., behind only South Carolina's Marcus Lattimore. Nebraska's Rex Burkhead comes in at No. 3, while Michigan State's Le'Veon Bell (No. 14) and Michigan's Fitzgerald Toussaint (No. 26) round out the Big Ten representatives.

For what it's worth, former Penn State running back Silas Redd, now with USC, registers in at No. 11.

Here's what Athlon says about the four Big Ten backs:

"Ball emerged as one of the elite tailbacks in his junior season at Wisconsin, leading the nation with 1,923 rushing yards and an astounding 33 rushing touchdowns. His 39 total TDs last year tied the NCAA record originally set by Barry Sanders in 1988. Ball has rushed for at least 100 yards in 16 of the last 20 games dating back to November 2011. Don?t be surprised if Ball is on the podium in New York in early December accepting the Heisman Trophy."

"Burkhead thrived in his first full season as Nebraska?s No. 1 back, rushing for 1,357 yards and 15 touchdowns. He averaged 106 yards per game in Big Ten play and earned first-team all-conference honors last season. Although quarterback Taylor Martinez should get better as a passer in 2012, the Cornhuskers will lean heavily on Burkhead to win games. The senior is capable of recording 300 overall carries and will also be a factor in the passing game, as evidenced by his 21 receptions last year. Burkhead is a sleeper candidate to watch in the Heisman race and should be one of the Big Ten?s top offensive players this season."

"With Kirk Cousins finishing his eligibility in East Lansing, the focus for Michigan State?s offense will shift back to the rushing attack. Bell is expected to be the Spartans? workhorse in 2012 after rushing for 948 yards and 13 touchdowns last year. At 6-foot-2 and 244 pounds, the junior brings an intriguing blend of power and speed and should surpass 1,000 yards for the first time in his career this year."

"The emergence of Touissant in late October took some of the pressure off quarterback Denard Robinson in the Michigan offense. He rushed for 170 yards and two touchdowns in a win over Purdue on Oct. 29 and then went on to run for 508 yards in the month of November, more than anyone in the Big Ten not named Montee Ball."

Ranked too high: Rex Burkhead – Look, Burkhead is a phenomenal running back, but I'm just not sure there are only two better ones than him in the nation. Not a slap in his face at all – I'd just put him more in the 5-7 range.

Ranked too low: Le'Veon Bell – Bell is primed for a huge season. He has all the tools, and as long as Andrew Maxwell can present some kind of passing threat, he's going to challenge the aforementioned Burkhead for the Big Ten's No. 2 back.

What about Ball?! While it's hard to argue about being ranked the nation's No. 2 running back, I'm not sure what else Ball could do to bolster his case as the top guy. Maybe score three or four touchdowns EVERY game? Whatever the case, considering what Ball has done the past year-plus and the fact the No. 1 guy is returning from a season-ending knee injury, it's hard to imagine the Badger star isn't the nation's best back. At the very least, let's wait to see what Lattimore does in live action.