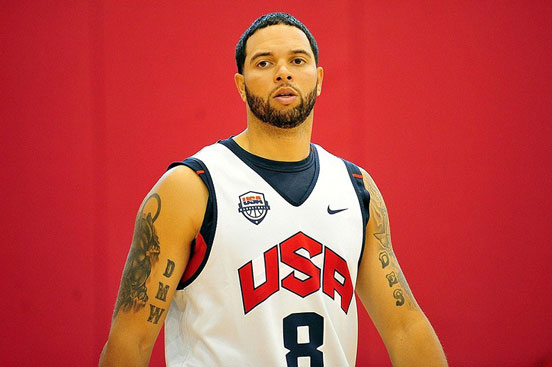 Is there anyone having a better summer than Illinois product Deron Williams? Honestly, in the matter of two months, the guy made Team USA for the second consecutive Olympic games, agreed to a $99-million contract with Brooklyn, traveled to London for free and became the first Big Ten men's basketball player to win multiple gold medals. To top it all off, he'll play golf with 2012 Masters champion Bubba Watson at this week's Barclay's Pro Am at Bethpage.

Just found out I am playing w/ @bubbawatson tomorrow in the Barclay's Pro Am at Bethpage… Haven't swung a club in 6 weeks ?

Somehow, I don't think it matters if Williams hasn't swung a club in six weeks. The way things are going for him right now, he'll be just fine. And he has one of the game's best players there to give him pointers should he struggle.