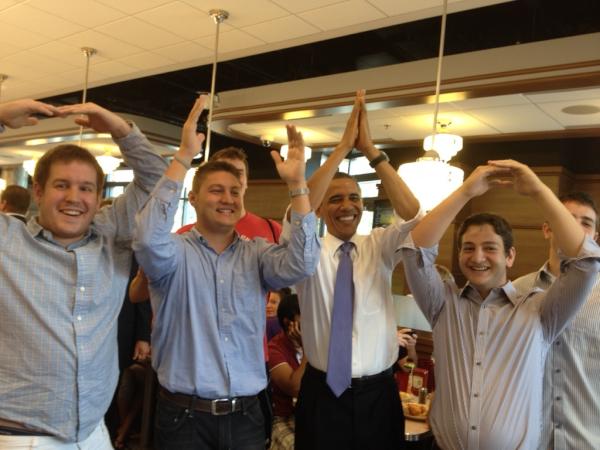 It's no secret President Barack Obama is a well-versed sports fan. He loves his Chicago White Sox, and he thoroughly enjoys the NCAA tournament, evidenced by his annual bracket special with Andy Katz. But an Ohio State fan? Nah, the President's just a good sport and will play along when a photo op presents itself, especially during the campaign season.

Yep, that's Obama putting the "I" in "O-H-I-O" during his visit to Ohio on Tuesday. The President was in the Buckeye State to speak at an event at Capital University in the Columbus suburb of Bexley.

[AP: Michigan's Robinson can count Obama among his fans]

Quick side note: Is there any doubt the three guys here with Obama already have this picture posted to Facebook, Instagram, you name the social network? And another one: How do Michigan fans feel about this?

Come to think of it, the Wolverine faithful can't be too disappointed with this, considering Obama delivered the 2010 commencement speech at Michigan. Watch that speech below: