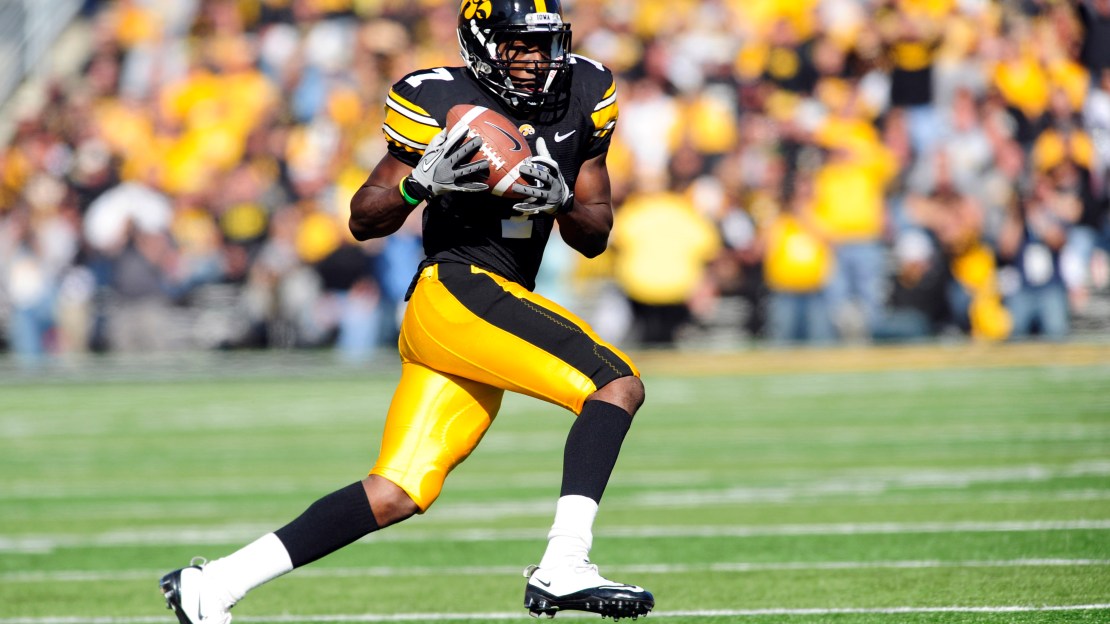 Believe it or not, BTN will celebrate its fifth anniversary later this month. The big day is Aug. 30, to be exact. As a way to celebrate – not to mention kill time before the 2012 season kicks off – I'm spotlighting some of the great football careers during our time on the air. I'll do it in the mold of "Big Ten's Best," our popular countdown show that returns this fall for another season of ranking the best in Big Ten history. My first list ranks the top five wide receivers of the last five seasons, aka the BTN era.

Editor's note: This list only includes players who competed during the 2007-2011 seasons, and it ranks the best careers. As for players who only played one or two seasons during the five-year period (i.e. James Hardy), their career totals are considered but don?t always carry as much weight as guys who amassed all of their numbers during the era. NFL success and pro potential have no impact.

1. Eric Decker, Minnesota – Decker and QB Adam Weber formed a dynamic pass-catch duo for the better part of four seasons, three during the BTN era. A receiver who could do it all well, Decker compiled ridiculous numbers through the air, and he did it without the help of a prolific running game or a standout No. 2 receiver on the opposite side. Another thing to consider: Injuries during his senior season put a sizable dent in his final numbers.
BTN era stats: 215 rec., 2,850 yards, 22 TDs (2006-09 career stats: 227 rec., 3,119 yards, 24 TDs)

3. Marvin McNutt, Iowa  – Iowa's all-time leader in every receiving category, McNutt improved each season in Iowa City, capped by his remarkable 82-reception, 1,315-yard and 12-touchdown 2011 season. Best of all, McNutt, who started his career as a quarterback, had a nose for the end zone, also scoring eight times in both the 2009 and 2010 seasons as the No. 2 guy opposite Derrell Johnson-Koulianos.
BTN era stats: 170 rec., 2,861 yards, 28 TDs

4. B.J. Cunningham, Michigan State – Cunningham made an immediate impact, catching 41 balls for 528 yards as a freshman, and he never looked back en route to becoming Michigan State's all-time leading receiver. For a guy who only scored four times on his first 89 career receptions, Cunningham developed into a scoring machine in his last two seasons, corralling 21 touchdowns on his final 129 catches.
BTN era stats: 218 rec., 2,056 yards, 25 TDs

5. A.J. Jenkins, Illinois – Unlike B.J. Cunningham, it took Jenkins a couple years before he became a big part of Illinois' passing attack. But when he did, the former Illini was one of the best at his position in the Big Ten. Everybody knows about Jenkins' incredible 90-reception 2011 season, but his 2010 performance wasn't all that bad, either, with 56 receptions, 746 yards and seven touchdowns.
BTN era stats: 167 rec., 2,432 yards, 19 TDs

Who did I miss? Who would you have No. 1? Tweet me your thoughts (@BTNBrentYarina) or leave it as a comment below.