Did You See This? Anthony Adams hits the hardwood 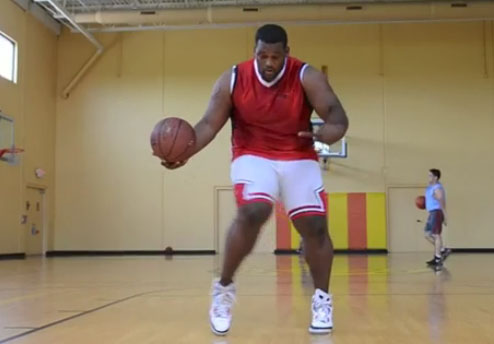 Suffering from a case of the Mondays? You're in luck, because former Penn State defensive linemen and current NFL free agent Anthony Adams is here to entertain. In a recently uploaded YouTube video, Adams takes his mammoth figure to the basketball court, where he delights with his self-deprecating humor. The video is part of a series called "Stuff NFL Free Agents Say," and it's pretty memorable. Watch the entire video in this post.

Entertaining stuff, no? It all opens up with Adams, saying to the football world: "My first love is basketball anyways." And it doesn't disappoint the rest of the way, between the hilarious clips of Adams looking like a fool on the court and his sarcastic commentary on and off camera.

Got to like the sense of humor on the former Nittany Lion. Here's to hoping the nine-year NFL veteran can find his way onto another NFL team. Adams spent the past five seasons with the Chicago Bears.