Did You See This? The Ferentz Family photo 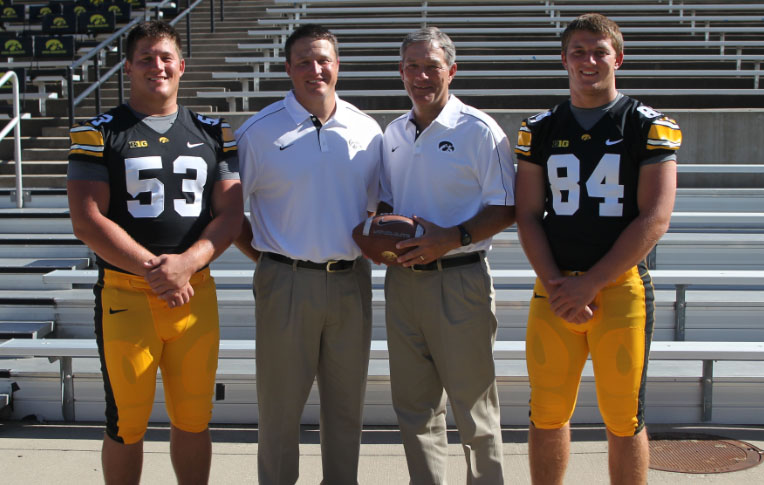 Kirk Ferentz is a happy man. Yes, he has a revamped staff around him entering the 2012 season, but he also has all three of his sons in the same city for the first time since 2005. Another first: every Ferentz boy is an official member of the Iowa program. The oldest son, Brian, returned to Iowa City this past offseason as the offensive line coach; the middle son, James, is back for his senior season; and the youngest, Steven, is a freshman tight end. See a picture of the Ferentz family in this post.

On top of the family reunion, Kirk Ferentz is the Big Ten's new longest-tenured coach, entering his 14 season in Iowa City. Joe Paterno used to hold the title.

How's the coach liking his situation this season?

"It's great, I'm enjoying life," he said with a big smile at Big Ten media days in Chicago.

James is a pretty big fan, as well.

"It's been a while since we've had all the boys back in one town," James said. "Having us all back, it's a lot of fun."