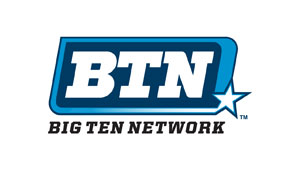 Another week is in the books, and that means we're that much closer to the kickoff of the 2012 college football season. Catch up on all of BTN.com's top 10 stories from the past week in this post.

10. Dienhart: Q&A with Michigan State OC Dan Roushar
After Don Treadwell left to be head coach of Miami (Ohio) after the 2010 season, Michigan State head coach Mark Dantonio turned to offensive line coach Dan Roushar to be offensive coordinator. And that has proven to be a good move. Last season, the Spartan attack ranked fourth in the Big Ten, averaging 390.4 yards during an 11-3 season that included a Legends Division crown and triple-overtime Outback Bowl victory over Georgia.

9. Ohio State: 10 reasons to be excited in 2012
At Ohio State, it?s about turning the page. A new era has begun-and the possibilities seem limitless. Last season was difficult, as the Buckeyes endured the program?s first losing season (6-7) since 1988, which was John Cooper?s first campaign. The program also was shackled with NCAA probation stemming from the Jim Tressel era.

8. Clothes Call: Big Ten media days edition
Bill O?Brien created quite the stir when he hinted at possible Penn State uniform changes during Thursday?s first session of Big Ten Media Days. With the recent changes going on at Penn State, it seems plausible that the team would entertain such a decision.

7. Nebraska: 10 reasons to be excited in 2012
Nebraska?s maiden voyage in the Big Ten has to be considered a success on many fronts. The Cornhuskers finished 9-4 overall and 6-2 in the Big Ten. But along the way, Nebraska found out it needs to get bigger and more physical on defense to better deal with Big Ten offenses. And the Husker offense must improve its passing game to give the attack better balance.

6. Dienhart: Spartans should top Big Ten in USA Today poll
The USAToday preseason poll is out. And, stop me if you have heard this before: LSU is No. 1 followed by Alabama-the teams that played for the BCS title after last season. Please, football gods, don?t give us a rematch. Interestingly, Bama had more first-place votes (20) than LSU (18).

5. Big Ten writers' 2012 mock draft: Round 1
Everyone, it seems, enjoys mock drafts. And it?s easy to see why. Not only do they create interest and offer predictions, but they often elicit passionate responses. You know the complaints and arguments: that guy?s too high, this guy?s better than that guy, etc. Well, we thought it would be fun to do a 2012 Big Ten football mock draft.

4. Twelve predictions for the 2012 Big Ten football season
Football season is slowly approaching. Less than four weeks from now, in fact, the games will be underway. To help kill the time between now and then, I?ve provided what I think is a bold prediction for every Big Ten team.

1. Did You See This? Assembly Hall adds "B1G" logo
I?m pretty sure Indiana basketball fans will not be a big fan of Assembly Hall?s latest cosmetic change. It?s a small one - one that we?re going to see on all Big Ten football fields this season (here?s an example and another) and presumably all basketball courts (example) - but it?s something the Hoosier faithful will need time to get used to. Of course, I?m talking about the ?B1G? logo making its way onto the court.