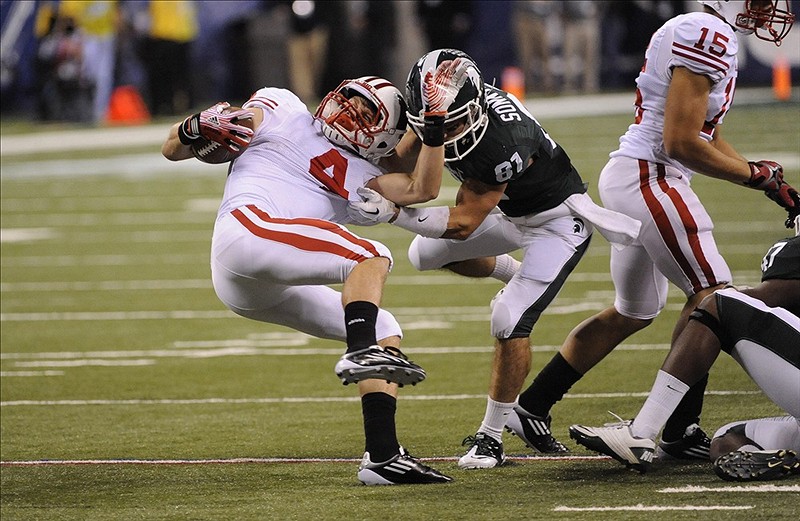 If you missed it Thursday, the highly anticipated and always criticized USA Today preseason top 25 poll was released. Four Big Ten teams made the cut, led by No. 8 Michigan. Also ranked: No. 12 Wisconsin, No. 13 Michigan State and No. 16 Nebraska. While the coaches think Michigan is the Big Ten's top team entering the 2012 season, BTN.com senior writer Tom Dienhart writes Michigan State should be ranked the highest. And I think it should be back-to-back Big Ten champ Wisconsin.

That's three answers from three sources. And if talented Ohio State was eligible to be in the poll, it would confuse things even more. So, Big Ten fans, who do you think is the the Big Ten's best team this year? Forget about the polls, we're talking about the best team, the one that will be hoisting the trophy in Indianapolis come December.

I went to Twitter to search for the answer, and here are some of the responses I received:

@BTNBrentYarina Michigan State, because it plays stifling, fierce defense and Maxwell/Bell will put up enough points to win.

@BTNBrentYarina Iowa, because we love #AMERICA

@BTNBrentYarina New attack mindset for OSU due to coaching staff puts them over the top. Still best talent in the B1G.