Could Trey Burke, Cody Zeller be on 2016 Team USA? 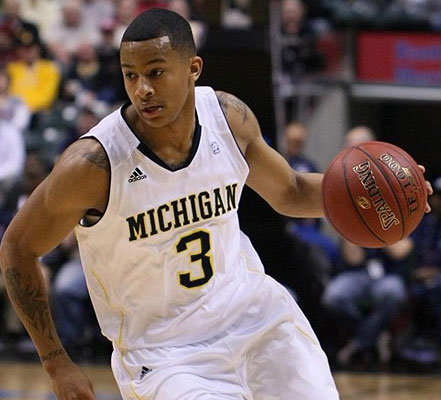 Indiana's Cody Zeller and Michigan's Trey Burke shared last season's Big Ten Freshman of the Year. Could they share a court in the 2016 Olympics? That's what CBSSports.com's Jeff Goodman predicts. With rumors that Olympic basketball will go with players 23-and-under beginning in 2016, Goodman compiled his Team USA roster, and the starting 5 included the current Indiana and Michigan stars.

Not a bad roster, knowing what we know now. But all of this is highly speculative and way too early to take very seriously. A lot can change before next basketball season, let alone before 2016. Still, it's cool to see two of the Big Ten's top players getting respect like this.

Here's a question, Big Ten fans: Between Burke and Zeller, who is more likely to make this a reality? Assuming, of course, they implement the rule that only players 23-and-under are eligible.

I'll go with Zeller. Size is something you can't teach, especially when it comes with the athleticism and speed Zeller possesses.