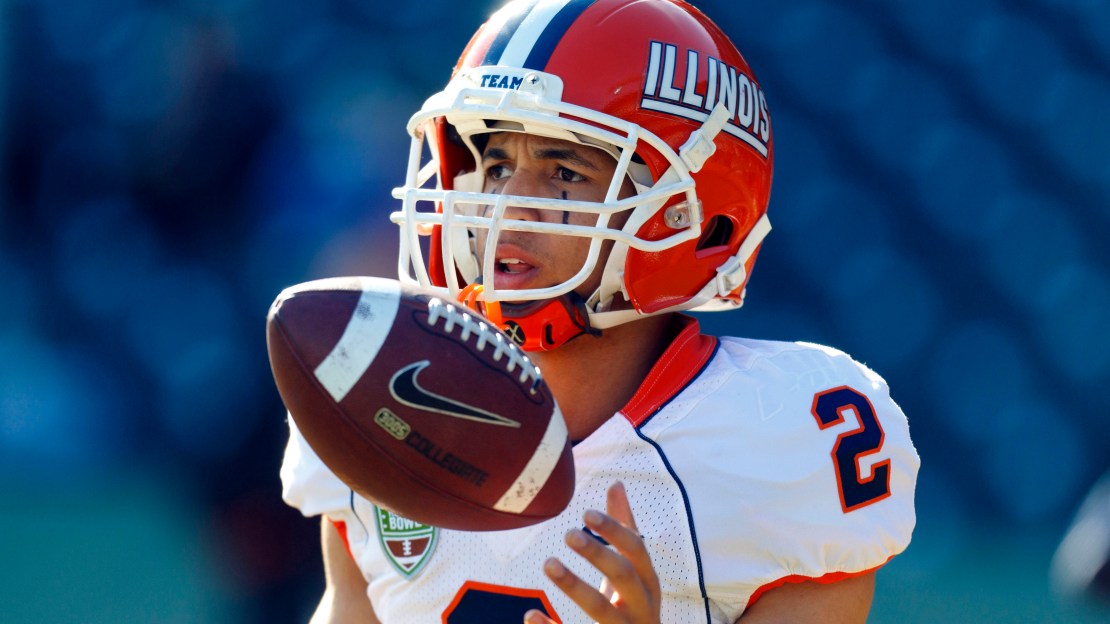 Our Big Ten writers' 2012 Big Ten mock draft makes its way to Round 2. You can view Round 1 selections here. Here's how this works: writers from all 12 Big Ten teams conduct the six-round draft, picking a QB, WR, RB, TE, Defensive player and K. We're doing this because we thought it would provide a fun new way to showcase the Big Ten?s top statistical performers throughout the season. Plus, we hope it gets Big Ten fans debating the picks.

We didn?t include offensive linemen because they don't collect stats. To be clear, this is not a 2012 NFL mock draft and it is not fantasy football. There are no weekly standings, trades, points per reception or anything of that ilk.

Editor's note: Because teams can have only one player from each position and all positions have varying degrees of depth, there will be examples of inferior players going before superior players.

14. Ryan and J (@BoiledSports), BoiledSports.com – Kawann Short, DT, Purdue
My take: There might not be a Big Ten defender who spends more time in the opponent's backfield than Short, who tallied 17 tackles for loss and 6.5 sacks a season ago.
2012 roster: WR – Jared Abbrederis, Wisconsin; Defense – Kawann Short, Purdue

15. Ron Musselman (@rmusselmansc), StateCollege.com – Matt McGloin, QB, Penn State
My take: Ron's sticking to the team in his backyard for the second time in as many rounds. His case for McGloin: "Expect him to throw a lot of passes." That should be the case under Bill O'Brien, especially if Silas Redd ends up at USC.
2012 roster: QB – Matt McGloin, Penn State; RB – Bill Belton, Penn State (Silas Redd transfer)

21. Kyle Meinke (@KMeinke), AnnArbor.com – Nathan Scheelhaase, QB, Illinois
My take: Last season's six-game losing streak and the partial time-share with Reilly O'Toole are a little troublesome. This guy is talented, though, and it will be fun to see what he does in Tim Beckman's offense.
2012 roster: QB – Nathan Scheelhaase, Illinois; Defense – John Simon, Ohio State

22. Marc Morehouse (@marcmorehouse), TheGazette.com – Fitz Toussaint, RB, Michigan
My take: Excellent pick. Yes, Toussaint is suspended and could sit out the season opener vs. Alabama, but he's a returning 1,000-yard rusher who did most of his damage in second half of last season.
2012 roster: QB – Braxton Miller, Ohio State; RB – Fitz Toussaint, Michigan