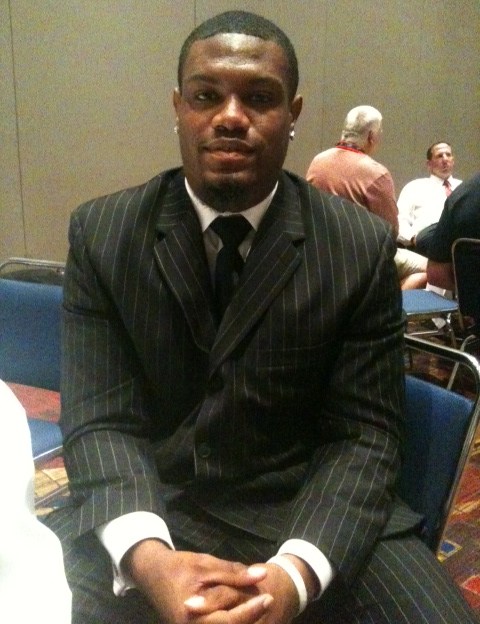 Like his teammates and rivals in attendance at Big Ten Media Days on Friday, Minnesota linebacker Keanon Cooper was dressed to the nines. It's a safe bet he was the only one doing so in his grandfather's threads, though.

That's right, Cooper honored his late grandfather by wearing one of his suits to the annual Big Ten Kickoff Luncheon. And you never would have guessed it wasn't his own.

"My grandmom, she used to have my grandad looking real sharp," Cooper said. "I have to give the credit to her."

Indeed, it was a sharp suit. Would his grandfather have been impressed with the way he looked?

COOPER ON GARY TINSLEY: The Minnesota football family continues to grieve over the sudden death of former linebacker Gary Tinsley, who passed away in April. The loss hit Cooper, a fellow linebacker, hard. But he was proud to disclose that Minnesota is honoring its late ex-teammate in more ways than with the jersey patch and locker room mural.

"We're going to have a scholarship endowed in his name," Cooper said. "And we're also going to have a yearly award in his honor, just to represent a player who has worked hard, a kid who has faced adversity, a kid who got better as a man. That's all what Gary Tinsley symbolized."

Cooper said both the "GT 51" patch and the mural will serve as a constant reminder of the kind of person Tinsley was.