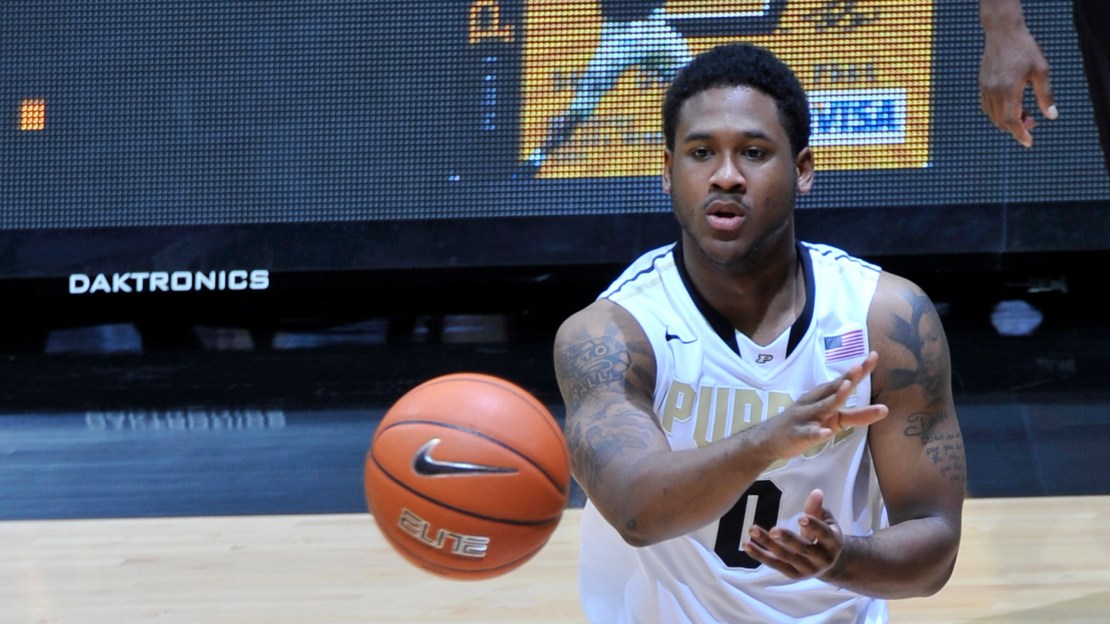 So, for example, Nebraska and Indiana figure to be solid in football and basketball, respectively, but their expected struggles in the other sport greatly impact their overall ranking and place them below teams such as Purdue, which figures to be competitive but not dominant in either sport.

1. Ohio State – If it weren't for NCAA sanctions facing the football team, Ohio State would probably be the school with the best chance to win both the Big Ten football and basketball crowns. Each team boasts more than its share of talent and an uberly successful coach. Urban Meyer has the national championship rings, while Thad Matta has won a share of five of the last seven Big Ten titles.

2. Michigan State – A season ago, the football team tallied its second consecutive double-digit win campaign en route to claiming the inaugural Legends Division title and the basketball team shared the Big Ten regular-season crown and won the Big Ten tourney. It's difficult to top that kind of year, but both teams figure to be in the title mix again this season.

3. Wisconsin – The football team has won two consecutive Big Ten titles and advanced to the last two Rose Bowls, plus it's the unanimous pick to win the Leaders Division in 2012. Simply put, Wisconsin has the easiest path to the 2013 Rose Bowl. On the hardwood, no coach is as consistent as Bo Ryan, who has never finished below fourth place during his tenure in Madison.

4. Michigan – No Big Ten football and basketball programs are trending upward faster than Michigan's. Fresh off a Sugar Bowl victory, Brady Hoke has the football team relevant again — however, the schedule isn't as favorable this season. As for the hoops team, while it lost seniors Zack Novak and Stu Douglass, it returns Trey Burke and welcomes a talented incoming class.

5. Purdue – A Big Ten championship isn't likely for the Purdue football or basketball teams, but each should be competitive, and if things work in its favor, especially in football, the school could enter the Big Ten title mix. In other words, beat Wisconsin on homecoming, and you never know. On the hardwood, the team that prides itself on defense will hold its own – yes, even without Robbie Hummel.

6. Iowa – Average. That's what Iowa will be in football and basketball in 2012-13, and it's something few of the schools below it on this list can say about their football and basketball programs. Believe it or not, the basketball team, under the direction of Fran McCaffery and his entertaining up-tempo style, might be the Iowa program closer to competing for a Big Ten crown.

7. Northwestern – Pat Fitzgerald and Bill Carmody bring stability to the Northwestern football and basketball programs, respectively. As a result, we have track records for both coaches, and they yield competitive teams that will finish in the middle of the Big Ten standings but, ultimately, end with a lower-level bowl defeat and an NCAA tournament snub.

8. Indiana – When it comes to the Big Ten school that could feature a last-place and first-place team across football and basketball, it's only normal to look Indiana's way. The possible first-place finisher, the basketball team is loaded with talent and is a popular pick to start the 2012-13 season ranked No. 1. The football team, well, it looks to improve upon a one-win season in Kevin Wilson's second year.

9. Nebraska – Nebraska, along with Michigan and Michigan State, is a team experts have pegged to win the Legends Division. It won't be easy, as the Huskers play a grueling schedule, including road tests at Ohio State, Northwestern, Michigan State and Iowa. Meanwhile, the basketball team, which went 4-14 in its first Big Ten campaign, lost five of its six top scorers and figures to be in a battle for the Big Ten cellar.

10. Minnesota – Maybe some are overreacting to the basketball team's surprising NIT championship game run. Still, Tubby Smith returns a talented roster, one that includes stud Trevor Mbakwe, who was granted a sixth year of eligibility after suffering a season-ending knee injury early last year. It remains to be seen how much the football team will improve in Year 2 of the Jerry Kill era, but it's likely to fetch more than three wins.

11. Illinois – Both teams are under the guidance of new head coaches, with Tim Beckman taking over for Ron Zook and John Groce stepping in for Bruce Weber. Talent can be found on both rosters, so now it's a matter of whether these new coaches can get more out of it than their predecessors. Problem is, neither program enters its season with a great deal of momentum.

12. Penn State – It remains to be seen what the Penn State football roster will look like in the wake of the NCAA sanctions that allow any Nittany Lion to transfer and be eligible for the 2012 season. Even if Penn State avoids significant departures, it's sure to face season-long distractions that could spell trouble for a team with a new coach. As mentioned in the Nebraska section, the Tim Frazier-led hoops team could find itself battling for the cellar again.