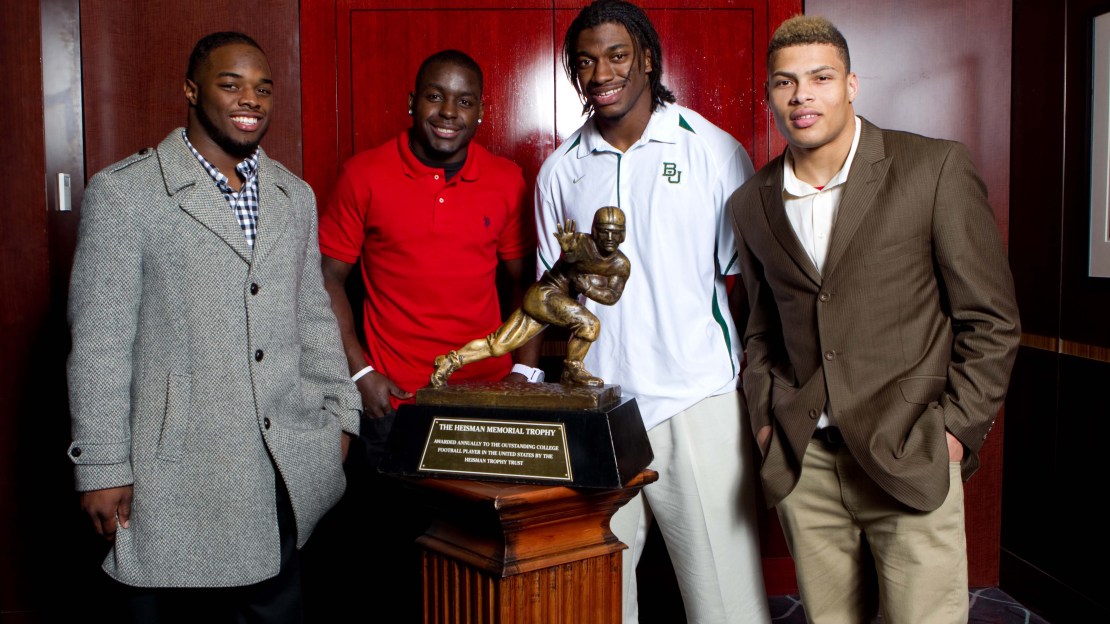 Is it possible for the Big Ten's best football player to be underrated? I ask only because I think Montee Ball is being slighted by media and non-Wisconsin fans alike entering the 2012 season. Yes, I'm saying the 2011 Heisman Trophy finalist is underrated. Plain and simple, the senior back who's fresh off a season in which he scored 39 – 39!!! – touchdowns and ran for 1,923 yards isn't getting the respect he deserves.

Instead, he's almost viewed as a product of Wisconsin's system. In other words, his numbers are downplayed because the critics feel any talented running back can have success behind Wisconsin's perennially stout offensive line. Or even worse, Russell Wilson was the reason for Ball's breakout season.

Don't get me wrong, Ball is getting respect and is included on nearly every preseason Heisman Trophy list, including Phil Steele's. It just seems as though the respect isn't to the degree you'd expect for a record-setting running back who returns for his senior season.

Heck, Andy Staples had Ball go No. 12 in his hypothetical mock draft. Think Trent Richardson would be that low if he returned to Alabama for his senior season? I didn't think so. And Ball outproduced Richardson last season. No, I'm not saying Ball is the better running back or pro prospect, and I realize Richardson went up against SEC defenses.

Fact is, Ball is the nation's elite running back, a record-setting one, and he's not being treated like it. Whether it's the result of running behind Wisconsin's line or that he no longer has Wilson as his quarterback, neither is fair.

The proof: Ball averaged 153 yards and scored 14 touchdowns in the final five games of the 2010 season. That year, if you remember, Scott Tolzien was under center, and it wasn't until late in the season that Ball beat out John Clay and James White for the bulk of the carries.

So, including the strong finish to 2010, Ball has run for 2,700 yards and scored 53 touchdowns in his last 19 games – a span during which he lost standout linemen Gabe Carimi (first round) and John Moffitt (third round) to the NFL. Add it all up, and Ball's averaged 142.1 rushing yards and 2.8 touchdowns per game since becoming the featured back. He's also posted a ridiculous six four-touchdown games.

Take those numbers and average them out over a 13-game season – assuming worst case scenario that Wisconsin makes a bowl game but doesn't advance to the Big Ten Championship Game – and it equates to 1,847 rushing yards and 36 touchdowns in 2012. And that doesn't even count his contributions as a receiver (306 receiving yards last season), a steadily improving facet to his game.

You're telling me that kind of production doesn't deserve a little more respect? Like to the point where he's one of the first guys mentioned after USC's Matt Barkley?