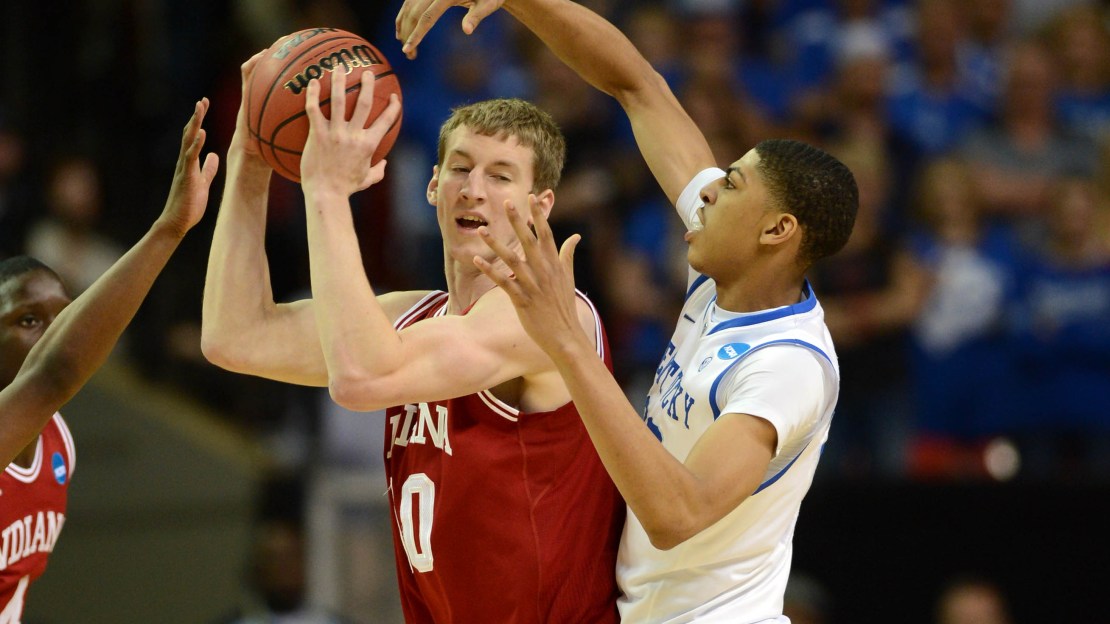 TheBigLead.com's Jason McIntyre posted his list of the 50 best players in college basketball for the 2012-2013 season Friday, and Indiana rising sophomore Cody Zeller topped the list. Zeller beat out highly touted UCLA recruit Shabazz Muhammad for the No. 1 spot and was one of seven Big Ten players who made the cut. See the entire Big Ten list in this post.

28. Brandon Paul, Illinois – "Awesome individual talent who, if he works on his 3-point shooting, could become a very, very good player."

14. Christian Watford, Indiana – "Scoring went down last year due to the emergence of Zeller, but 3-point shooting (43 percent) went up."

12. Deshaun Thomas, Ohio State – "Could lead the Big Ten in scoring with Sullinger in the pros."

6. Aaron Craft, Ohio State – "Yes, this means I value him as the best point guard in the country. From defense to distribution, what?s not to love?"

1. Cody Zeller, Indiana – "On a stacked team, he?ll be over-analyzed, like Sullinger and Perry Jones were last year. Most complete forward in the country."

Too high: Christian Watford, No. 14 – Look, Watford is a very nice player, one who is a key cog to what is expected to be one of the nation's elite teams, but I'm pretty sure there are more than 13 players in the nation better than him.

Too low: Trevor Mbakwe, No. 26 – If completely healthy, he's one of the top forwards in the nation.

Biggest snub: Tim Frazier, Penn State – I never hide the fact that I'm a huge Frazier fan, and disses like this make me like him even more. Forget about the shooting percentage — no one would shoot well with his supporting cast — the guy does everything and fills the stat sheet like few other players. Put more talent around him or give him, say, a Michigan State jersey, and everyone would be talking about him.