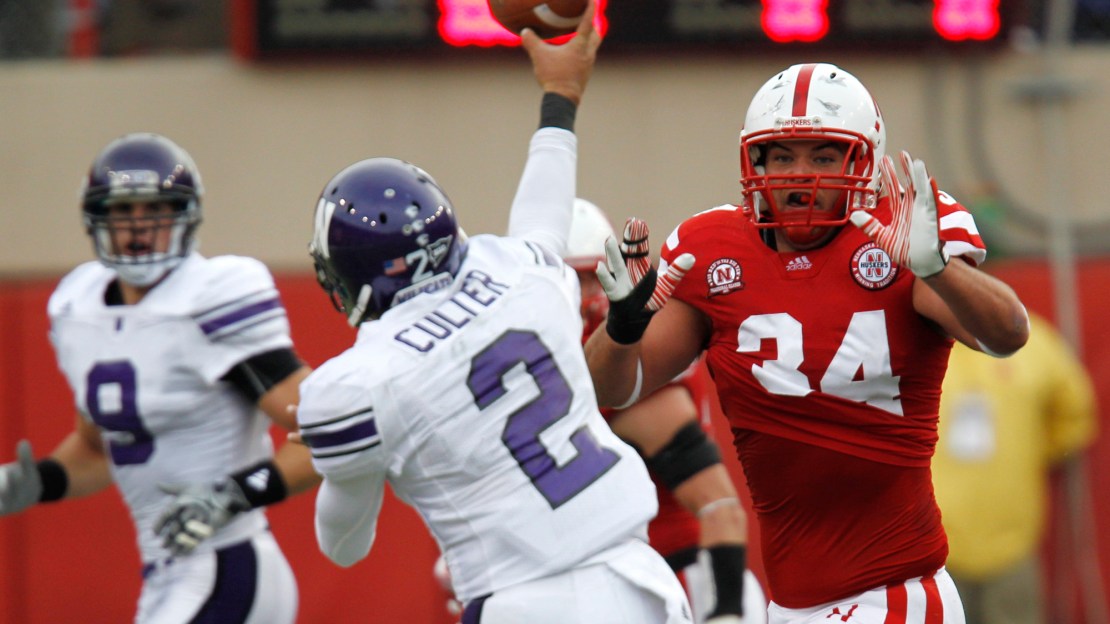 21. Wisconsin at Penn State, Nov. 24. The Nittany Lions may be fighting for bowl eligibility under first-year coach Bill O?Brien, while the Badgers may need the victory to sew up a second consecutive Leaders Division championship. Penn State has won three of the past five meetings with Wisconsin. But the Nittany Lions are just 3-3 at home vs. the Badgers since joining the Big Ten.

22. Ohio State at Penn State, Oct. 27: Penn State beat Ohio State, 20-14, last year. Prior to that, the Buckeyes had won four of the previous five meetings and seven of the prior nine encounters. Is this the first of many epic Bill O?Brien vs. Urban Meyer battles?

23. Penn State at Virginia, Sept. 8: The Nittany Lions have lost two of the last three meetings with the Cavaliers, which went 8-5 last season under Mike London.

24. Indiana at Purdue, Nov. 24: The last time Indiana visited Purdue in 2010, it left with a 34-31 overtime victory and the coveted Old Oaken Bucket. It was Indiana?s first win in West Lafayette since 1996. Could lightning strike again in a rivalry that the Boilermakers have dominated? Since 1992, the Boilermakers are 14-6 vs. the Hoosiers.

25. Wisconsin at Oregon State, Sept. 8: The Beavers are coming off a 3-9 season and got clobbered, 35-0, in Madison last year. Beaver coach Mike Riley needs a win like this to improve his job security.

26. Boston College at Northwestern, Sept. 15: NU won at Boston College, 24-17, last season; the Eagles return the visit coming off a 4-8 season for a BC program that?s struggling under Frank Spaziani.

27. Ohio at Penn State, Sept. 1: The Bobcats have gone an aggregate 27-14 the past three seasons (19-5 in the MAC) and are coming off a MAC East title, bowl win and three bowl trips in a row. You have been warned, Nittany Lions.

28. Nebraska at Northwestern, Oct. 20: Last season, an unranked Northwestern squad dumped No. 10 Nebraska in Lincoln, 28-25. And the Wildcats pulled off the upset with a backup quarterback (Kain Colter) playing the second half. The loss all but ended the Huskers? Legends Division title hopes. Could Northwestern strike again?

29. Michigan at Purdue, Oct. 6: The Boilermakers? best shot to win figures to be to score often. And Purdue appears to have its best array of weapons yet in West Lafayette under Danny Hope. But the Purdue offense will be challenged by a Wolverine defense that was one of the biggest surprises in the nation but will be rebuilding its line.

30. Iowa State at Iowa, Sept. 8: Iowa has won four in a row in Kinnick over Iowa State. However, Kirk Ferentz is just 6-7 overall vs. the Cyclones.

31. Penn State at Iowa, Oct. 20. The Hawkeyes lost last year but have dominated the Nittany Lions of late, winning eight of the last 11 meetings for Pennsylvania native Kirk Ferentz.

33. Syracuse at Minnesota, Sept. 22: This will be the third meeting between Syracuse and the Gophers, with Minnesota holding a 2-1 edge. The Gophers topped the Orange, 23-20, in 2009 on the road.

34. UCF at Ohio State, Sept. 8: Let?s put the Buckeyes on upset alert when Central Florida visits. Yes, the Knights went 5-7 last season, but George O?Leary has a good team and strong defense that could pose a developing Ohio State offense some issues.

36. Penn State at Illinois, Sept. 29. JoePa became the winningest Division I coach with a 10-7 victory over the Illini last year. Then, the scandal broke. The Nittany Lions are 12-3 vs. Illinois since joining the Big Ten with two losses coming in Champaign (2001 and 2007).

37. Minnesota at Iowa, Sept. 29: The Golden Gophers have won the last two meetings-22-21 last season and 27-24 in 2010–both in Minneapolis. Count on Jerry Kill?s Golden Gophers being better following a 3-9 debut. The Hawkeyes? They have questions on defense and are learning a new offense. But never discount a Kirk Ferentz-coached team.

38. Illinois at Wisconsin, Oct. 6. The Badgers have won six of the last seven meetings, and are 11-3-1 in the last 15 meetings vs. the Fighting Illini.