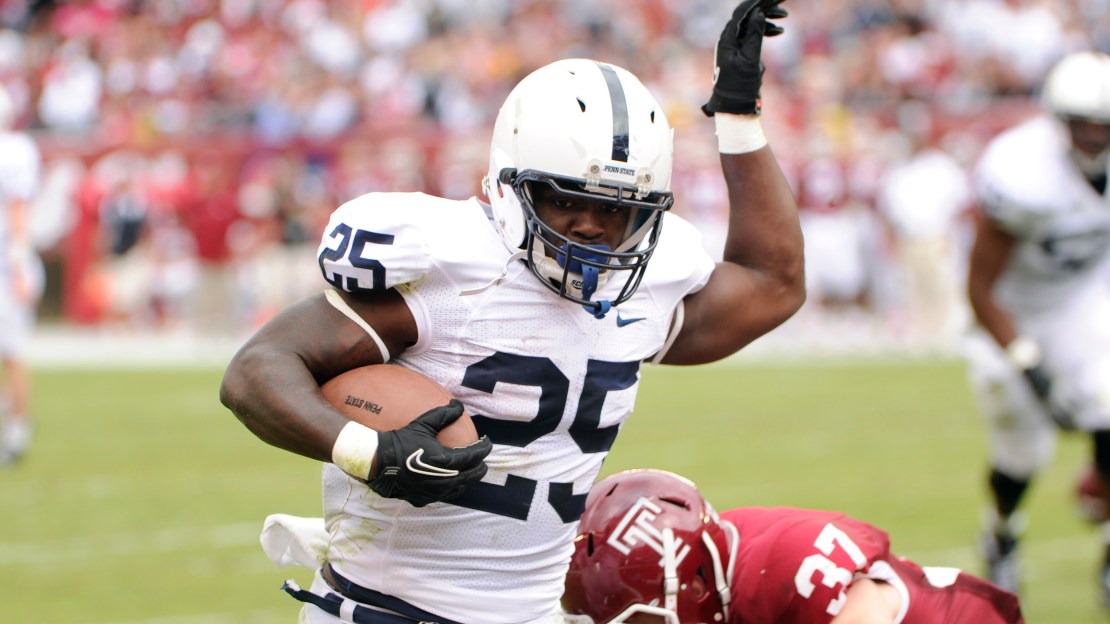 The countdown of my top 2012 Big Ten football games continues with games 40-59. That?s right, I?m ranking all the Big Ten games for this upcoming season. Yesterday, I did games 60-79, and the day before it was 80-96. I?ll continue to work my way to the top games each of the next two days. Like rankings like this? You need to check out my Rankings archive, where I rank all things Big Ten, including my top 2012 Big Ten units. Also, get all my latest Big Ten football posts right here.

40. Purdue at Notre Dame, Sept. 8: Notre Dame has won four in a row and six of the last seven vs. Purdue, which hasn?t left South Bend with a smile since 2004 in this battle for the Shillelagh.

41. Illinois at Northwestern, Nov. 24: The Fighting Illini have won the last two meetings in this battle for the Land of Lincoln Trophy. But Northwestern won six of seven over Illinois before the tables turned in 2010-11. Quickie factoid: The Wildcats haven?t lost in Evanston to Illinois since 2002. (Remember: The last time these teams played ?at Northwestern,? the game took place at Wrigley Field in 2010.)

42. Minnesota at Wisconsin, Oct. 20: The Gophers and Badgers battle for the iconic and larger-than-life Paul Bunyan?s Axe. This is the longest rivalry in college football. But recently, this hasn?t been a pleasant experience for the Golden Gophers. The Badgers have won eight in a row and 15 of the last 17 meetings, making Goldy glum.

43. Navy at Penn State, Sept. 15: Navy is coming of a 5-7 season, but the Midshipmen always are well coached by Ken Niumatalolo and a tough out with their confounding option offense.

44. Iowa at Northwestern, Oct. 27: The Wildcats have had a hex over the Hawkeyes, winning five of the last seven meetings.

45. Temple at Penn State, Sept. 22: The Owls came thisclose to beating Penn State last season, falling 14-10 after the Nittany Lions scored the winning touchdown with 2:42 to play. The Owls will be the third bowl team Penn State will face in the non-conference.

47. Indiana at Navy, Oct. 20: The game at Navy won?t be played until October 20, a week after a visit from Ohio State and well after all the other Big Ten teams will have completed their non-conference schedules.

48. Southern Miss at Nebraska, Sept. 1: You don?t need to remind Husker fans about Southern Miss, which dumped Nebraska, 21-17, in Lincoln in 2004 and is coming off a 12-2 C-USA championship season. But the Golden Eagles are working in a new coach in Ellis Johnson-the South Carolina defensive coordinator–and quarterback.

50. Northwestern at Michigan State, Nov. 17. The Spartans have won four in a row and five of the last six in the series vs. the Wildcats.

51. Minnesota at Nebraska, Nov. 17. The last time the Golden Gophers visited Lincoln was 1990, and they got trounced, 56-0. In fact, Minnesota has scored a combined 14 points in its last six trips to Nebraska while suffering four shutouts.

52. Illinois at Michigan, Oct. 13: The Wolverines have won the last two meetings, scoring a combined 98 points. The last meeting in Ann Arbor was an epic three overtime thriller won 67-65 by Michigan.

55. Penn State at Purdue, Nov. 3: Penn State has won five in a row over Purdue. In fact, since joining the Big Ten, the Nittany Lions are 11-2 vs. the Boilermakers, with a 5-1 mark in Ross-Ade Stadium.

56. Western Michigan at Illinois, Sept. 1: The Broncos are coming off a bowl and always are one of the better MAC teams, thanks to the astute coaching of Bill Cubit. Back in 2008, WMU beat Illinois, 23-17, in Detroit.

57. Louisiana Tech at Illinois, Sept. 22: Led by rising star coach Sonny Dykes, Louisiana Tech won the WAC in 2011. The Bulldogs can move the ball and score. Be careful, Illini. This is a dangerous game.

58. Michigan State at Minnesota, Nov. 24: The Golden Gophers have won six of the last 10 games vs. Michigan State, though the Spartans have taken the last two encounters-with both meetings coming in East Lansing. But know this: Michigan State is 1-4 in its last five trips to Minnesota.

59. Northern Iowa at Iowa, Sept. 15: Northern Iowa is a top-tier FCS program that lives to play its in-state FBS brethren. The Hawkeyes needed to block two Panther field-goal attempts in the closing seconds in 2009 to avoid embarrassment.