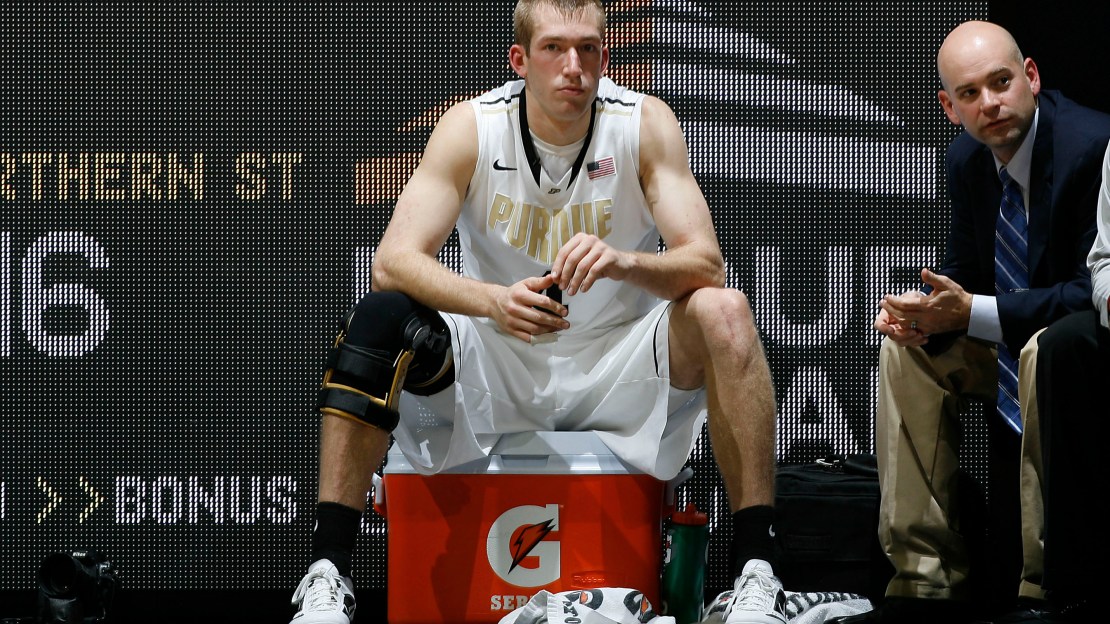 What if the NBA drafted solely on NCAA production and didn't stress potential or what a player could become? According to ESPN.com's Eamonn Brennan, the Big Ten would dominate Thurday's NBA draft lottery. After the obvious choice, Kentucky's Anthony Davis at No. 1, Brennan has a Big Ten player making up the rest of his production-based mock top 5. See Brennan's list in this post, plus get all your links to mock drafts.

1. Anthony Davis, Kentucky
"There is a certain threshold where the production-versus-potential dynamic ceases to matter one bit, but it doesn't come along very often." Read more.

2. Draymond Green, Michigan State
"For as good as Davis' season was, you could make the case — as Ken Pomeroy's advanced tempo-free individual player rankings did — that Green had the better overall season individually." Read more.

3. Jordan Taylor, Wisconsin
"Jordan Taylor's senior season was awfully good — he was arguably one of the best 10 players in the country, and you could even rank him higher — but it was not his finest." Read more.

4. Jared Sullinger, Ohio State
"Ohio State's latest great big man had a similar two-year trajectory to Taylor: His 2011-12 sophomore campaign was a letdown only because he set the bar so high as a freshman." Read more.

5. Robbie Hummel, Purdue
"That Hummel's career ended the way it did — with dual knee injuries hampering his athleticism — borders on the tragic. Even so, at no point in his career did he fail to produce at a high level." Read more.

Here is the criteria Brennan used to come up with this mock NBA draft:

1. Production-only means production-only. Potential doesn't matter here. This is about the past, not the future.
2. To simplify the parameters, players are judged based on 2011-12 production first, with an emphasis on individual production as measured by Ken Pomeroy's efficiency metrics. That said, particularly impressive long-term careers are considered, as are team success, national titles and the like. One-and-dones are rare on this list, but some are so good in their one season they can't possibly be left off the list.
3. This includes only players currently in the 2012 draft pool. Players who stayed in school another year put their NBA dreams on hold, and with them, their chances of inclusion in the CBPOMD. I'm sure they're devastated.
4. Try not to take this too seriously. Cool? Cool.

Cool. It's too bad the NBA doesn't draft this way, because it would reward players for staying in school longer — Davis aside — and make for a better college and pro game. Thing is, the NBA knows what it is doing and is well aware NCAA production doesn't yield NBA production.

And that reality will hurt this year's Big Ten products. None of the four players Brennan listed in his top 5 is guaranteed to go in the first round. Green and Sullinger could, of course, although news of Sullinger's back scaring NBA teams and the fact he's not invited to the NBA draft could mean he'll keep dropping.

Basically, it seems, Illinois' Meyers Leonard is the Big Ten's safest first-round pick. Who would have predicted that a year ago? Something like this goes to show just how much the NBA values potential over a proven NCAA track record.

Let's take a look at some of the latest mock drafts from around the web.