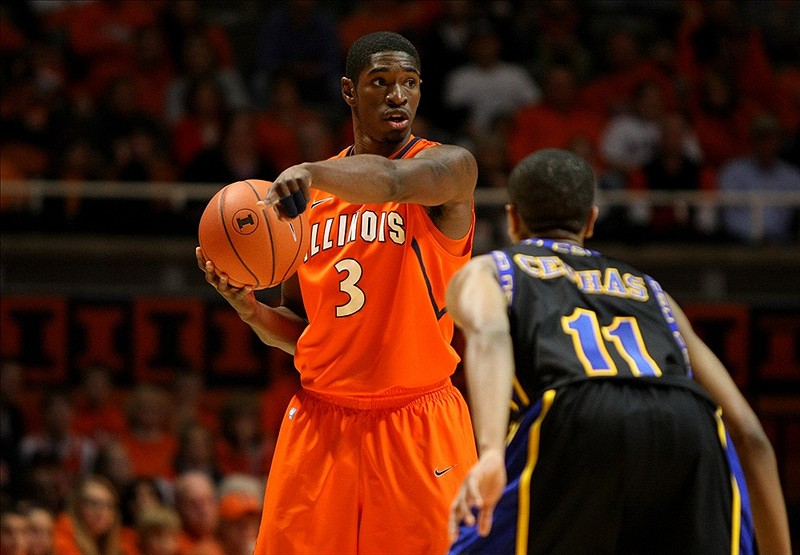 It's been a tough week or so for a couple Illinois standout athletes. Last week, defensive lineman Michael Buchanan broke his jaw in a Champaign altercation, and on Thursday, star guard Brandon Paul suffered the same injury during open gym. Paul, the winner of BTN's 2012 "Most Dominating Performance," is coming off a junior season in which he averaged 14.7 points, 4.7 rebounds, 2.9 assists and 1.4 steals per game.

According to Paul Klee of IlliniHQ.com, the injury occurred when Paul was chasing a loose ball and collided with teammate Devin Langford's shoulder at the Ubben Basketball Complex. Klee also reports Paul is scheduled to have surgery Friday and that there is no timetable for his return.

Pain and discomfort aside, this shouldn't be a big deal or have much of an impact on Paul's 2012-13 season. He'll be fine by the time the season rolls around and there's no doubt he'll still be Illinois' top player.

Tough news for #Illini Brandon Paul, he suffered a fractured lower jaw from inadvertent contact during a game in open gym on Thursday.

Shoutout and speedy recovery to my boy @BP3 get healthy!