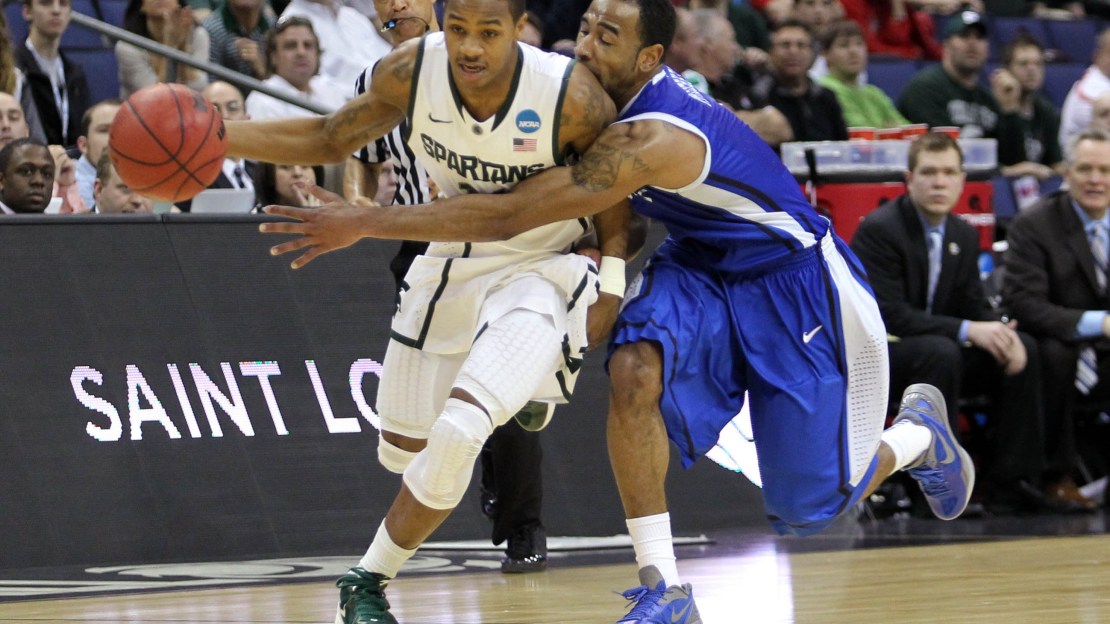 ESPN.com's Eamonn Brennan posted a story Thursday offering his 10 potential breakout players for 2012-13, and the list features one Big Ten player: Michigan State's Keith Appling. Here's a sampling of Brennan's thoughts on Appling: "With the team's do-everything leader Draymond Green gone, and a batch of younger, less experienced players rounding out the rotation, Appling has a chance to evolve from a nice complementary piece into one of the Big Ten's bonafide stars."

Appling is a good choice, no doubt, but I'm surprised to see only one player from the Big Ten, the conference many think will be the best in the nation.

Earlier this year, in April, I offered a handful of 2012-13 Big Ten breakout players. The names on that list aren't as well-known as Appling, and that's for a reason. I view breakout players more as, say, a Meyers Leonard from last year, not a Tim Frazier.

In any case, it's a matter of semantics. If you're looking for other worthy names that could have made Brennan's list, here they are:

Derrick Nix, F/C, Michigan State – Known for his size, Nix has quietly turned into a nice inside presence, one that averaged 10 points per game in the postseason. (If athletic sophomore Branden Dawson recovers from ACL injury in time and has no setbacks, he's another guy)

Andre Hollins, G, Minnesota – You're forgiven if you missed his postseason performances, but it's a certainty you'll be watching and noticing the Gopher sophomore in 2012-13.

Drew Crawford, F, Northwestern – One of the Big Ten's most underrated talents, Crawford is an efficient scorer who will score even more now that John Shurna is out of eligibility.

Jared Berggren, F/C, Wisconsin – A two-way player, Berggren could lead the Big Ten in blocks and be among the leaders in 3-pointers.