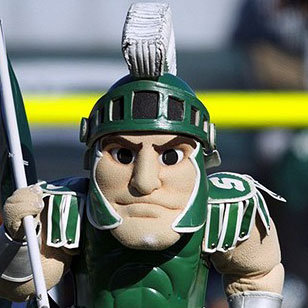 As many of our online readers know, we post plenty of video clips throughout the year ranging from our popular "Did You See This?' feature to bonus Internet-only footage from shows like "The Journey 2012." Over the past school year we also beefed up some extra video goodies, including a BTN Video Facebook page and school-specific Twitter accounts powered by a steady streams of BTN video. Or you can just bookmark this BTN video page and watch it all roll on through every day.

We've got some big new plans for next football season, including the return of a video feature where fans can make and share their own online highlight reels from every Big Ten football game. But now that the month of May comes to a close, we're unveiling the ten most popular BTN.com video clips from the 2011-2012 school year dating back to the end of August.

This the first of two videos featuring Ohio State's Aaron Craft that cracked our Top 10 and remarkably neither one involves this amazing play or this play or even this incredible play. In this bonus clip form "The Journey 2012," Craft explains how learning about the mathematical number pi helped him on the a basketball court and the viewers ate it up.

Whenever BTN announcer Gus Johnson called a game on BTN, we clipped his best calls and posted them online during the games. We also archived them all here. During Northwestern's thriller against Ohio State, Alex Marcotullio drilled a three-pointer to tie he game in regulation. here's Johnson on the call.

Our BTN TV team lined up some amazingly insightful film sessions with a variety of Big Ten assistant football coaches this spring, and you can find all of those film sessions videos here. When Gerry DiNardo sat down with Nebraska offensive coordinator Tim Beck and our Nebraska viewers drove it up the charts.

Michigan's quarterback sat down with BTN's Howard Griffith this spring to talk about his upcoming senior year. Just as Robinson does on the field and off the field, this conversation with the Wolverines' No. 16 drew quite a bit of attention.

Here's Craft's second Top 10 video. The quick feature originally aired on TV during a timeout at Buckeyes game against South Carolina-Upstate on BTN. We were so impressed by Craft's speedy puzzle skills, we posted it online. The rest is Rubik's Cube history.

When asked about the firing of Illinois basketball coach Bruce Weber this spring, Michigan State's basketball coach gave an extended an emotional answer to reporters at the Big Ten Men's Basketball Tournament. "I'm sick about it," Izzo said.

Ohio State took a dramatic 72-70 regular season-ending win  win at Michigan State this spring, courtesy of William Buford. The shot went down Sunday afternoon, fans shared the clip on Facebook and Twitter that evening, and by Monday morning the clip was rocketing up the charts.

Everyone knows Spring Football games are more or less exhibitions for the fans. That's why it was fun to see Michigan State allow their mascot to run one play. With Mark Dantonio reminding Sparty not to fumble, the play doesn't exactly go as planned. Or maybe it did. Either way, Sparty wasn't talking about it after the game.

Playing for the second time in two days in the Big Ten Baseball Tournament, in-state rivals Indiana and Purdue got into it after an awkward, hard slide at third base during the championship round.

This isn't the first card tirck pulled off at a college football stadium, but it sure was one of the most stunning. During a home  game at Iowa this past fall, we spotted this intricately planned stunt during the singing of the National Anthem. Iowa fans and others shared the clip and it soared as our top video clip for this past school year.