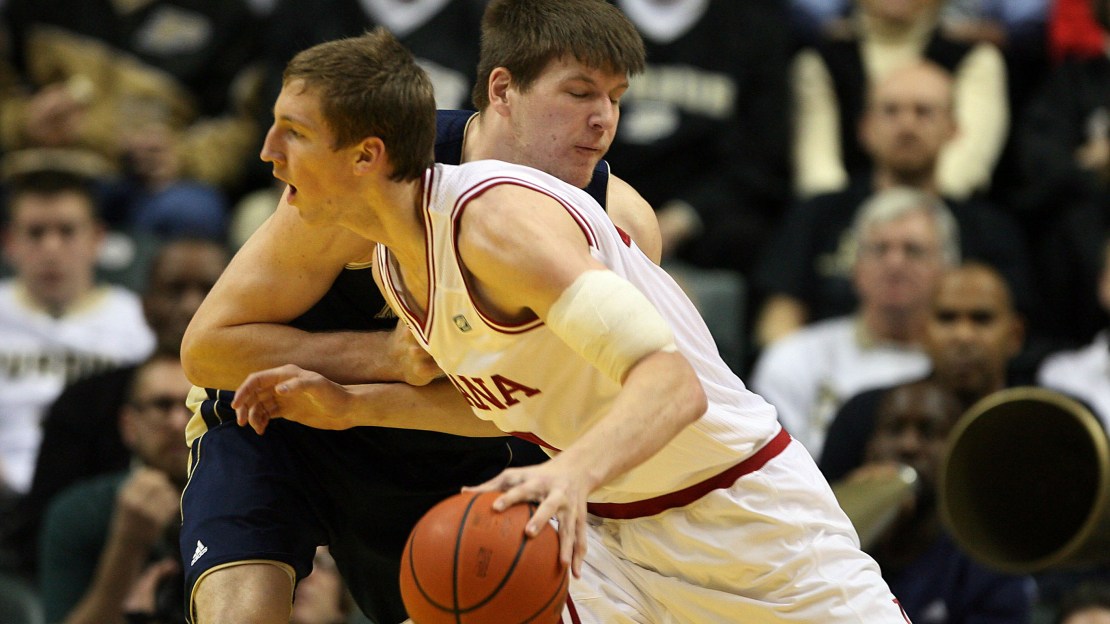 The Crossroads Classic, a one-day event featuring a doubleheader between Butler, Indiana, Notre Dame and Purdue's men's basketball teams, isn't going anywhere. On Tuesday, athletic directors of the four schools agreed to a two-year extension to keep one of college basketball's premier nonconference events at Bankers Life Fieldhouse through 2014.

A season ago in the inaugural event, Indiana beat Notre Dame and Butler topped Purdue. This season, on Dec. 15, 2012, Indiana plays Butler and Purdue takes on Notre Dame. The opponents rotate each season, with Indiana and Purdue never meeting.

The Crossroads Classic, modeled after the Hoosier Classic of years past, was a huge success in 2011 and Indiana and Purdue couldn't be happier about its extension.

?I think very early on you could see the excitement building about having these four programs together at one venue," Indiana Vice President and Director of Athletics said. "I think it has quickly become a showcase event for college basketball fans in the state of Indiana.?

?Purdue is pleased to extend this event two additional years in partnership with Butler, Indiana and Notre Dame," Purdue Director of Intercollegiate Athletics Morgan Burke said. "The inaugural year highlighted spirited competition, as well as large and lively crowds. We hope the Crossroads Classic will be a holiday tradition in Indianapolis for many years to come.?

In future seasons, the Crossroads Classic will be held on Dec. 14, 2013 and Dec. 20, 2014. Game times and ticket information will be announced at a later date.

Crossroads Classic (IU, Butler, Purdue, ND) extended for 2013 and 14. Probably means UK-IU won't resume til after that. At earliest.

ADs from IU, Purdue, Butler, ND said after the inaugural Crossroads Classic it would continue. Today just a formality to that.

Glad to see Crossroads Classic extended. Have a feeling @ButlerMBB vs. IU this year going to be a monster game. #HLMBB

Decision to extend Crossroads Classic through 2014 season is a good one. http://t.co/FiR0ihae