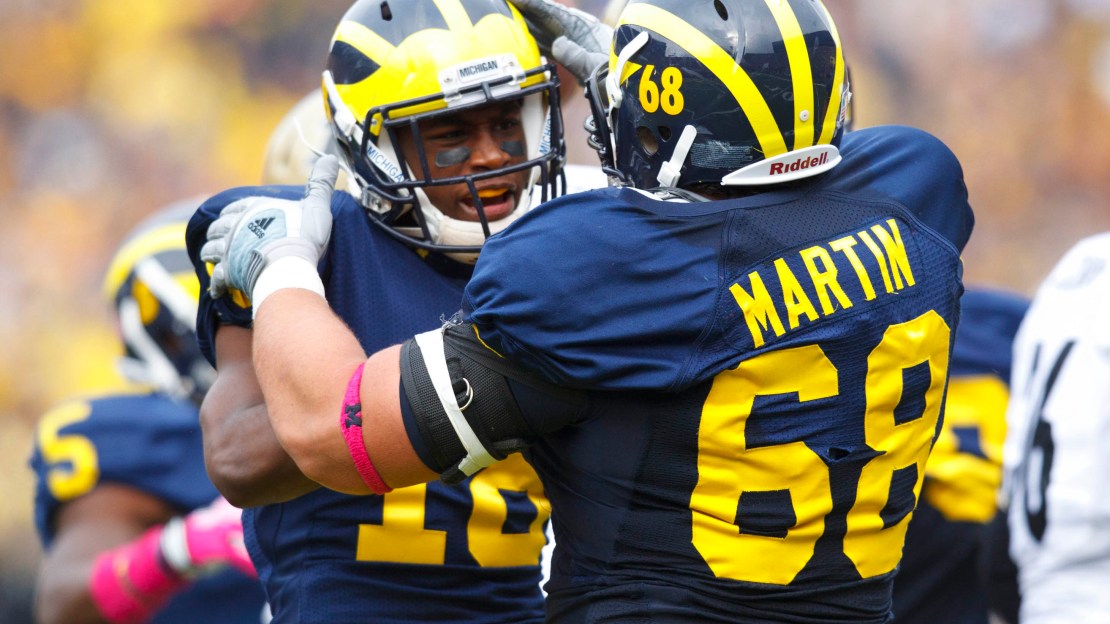 One draft expert, ESPN's Todd McShay, fell in love with Mike Martin before the 2012 NFL Draft. Apparently, the Tennessee Titans were fond of him, too. Tennessee selected the former Michigan defensive tackle in the third round of last week's draft. Martin's YouTube account, GoMikeMartin, chronicled the defensive tackle's draft party, and it includes its share of raw emotion. Watch the video now and see more all-access draft videos in this post.

That's some great stuff. If Martin doesn't make it as a football player, it looks like he has a future in public speaking. The guy gave a few touching toasts. My favorite message of his: "Stay close to the people that you love, that's all that matters in this life."

Now, let's get to some of the other all-access draft features: