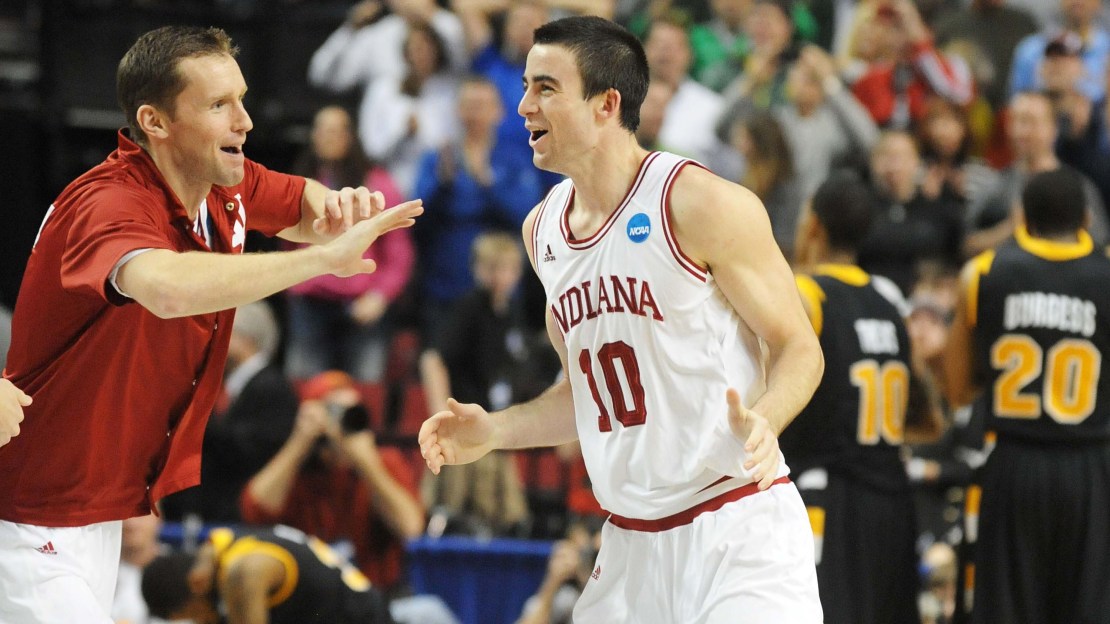 As is the case immediately following every Final Four nowadays, analysts and talking heads have shifted focus to next season by releasing their super-early 2012-13 top 25 polls. Several of the polls, by the way, feature a Big Ten team in the No. 1 spot. The team: Indiana. Yes, the Hoosiers, the same program that is fresh off its first NCAA tourney berth since 2008 and the same one that hasn't been to the Final Four since 2002.

Thing is, these analysts might be right — even though it's ridiculous to release top 25 polls the week before a season tips, let alone the day after a national champion is crowned. Heck, the deadline to enter the NBA draft hasn't even arrived, so no one has a clue what these teams will look like next season.

Clearly, there's nothing scientific about these polls. But you know what? They're fun, they're interesting, and they're great debate starters.

So about Indiana atop these polls…

There's this one from ESPN.com's Andy Katz:

This one from USA Today:

This one from TheBigLead.com:

And, finally, this one from SI.com's Luke Winn:

There are more out there, to be sure, but these are just a few examples.

The case for Indiana as a possible No. 1:

The case against Indiana as a possible No. 1: