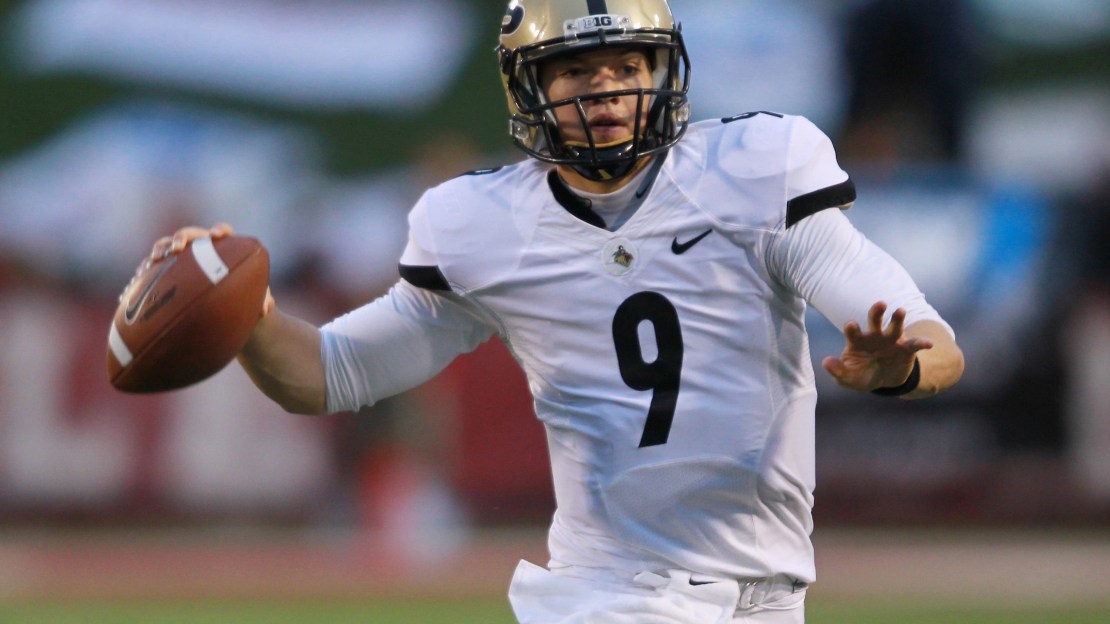 Danny Hope broke through in Year Three last season with his first bowl appearance as Boilermaker coach, capping a 7-6 season with a victory over Western Michigan in the Little Caesars Pizza Bowl. Now, he?s looking to take Purdue to the next level. And, it may happen in 2012, if some key issues get resolved. I talked to three writers who cover Purdue to get their thoughts on the Boilermakers? spring to-do list. See what Mike Carmin, Brian Neubert and Pete DiPrimio all have to say about the Boilermakers in this post.

Before we get to the Purdue beat writers, Hope and Purdue have been working this spring on several issues. The chief ones: stabilizing a defense that ranked ninth in the Big Ten (395.9 ypg) last season. The pass defense ranked 10th (221.0 ypg) and the run defense was ninth (174.9 ypg). To that end, Hope has shaken up the defensive staff. Tim Tibesar is the third coordinator in as many seasons. Also new are secondary coach Greg Burns and defensive line coach Kevin Wolthausen.

Hope, who is 16-21 in three seasons since taking over for Joe Tiller, also must sort through his quarterbacks and find some depth at receiver and linebacker.

Here's what the experts say:

Mike Carmin, Lafayette Journal and Courier | Read more from Carmin | Follow @CarminJC
?It would be nice to get the quarterback situation addressed, but that won?t happen until the fall because Rob Henry is not doing a lot as he recovers from injury. When camp starts in August, Caleb TerBush (last year?s starter), Rob Henry and Robert Marve (back for a sixth year of eligibility) will be competing. TerBush and Marve are splitting snaps for now. I don?t think it?s any secret that they will play two quarterbacks next year. Which two will they play? Is there a chance they will play three? I don?t know. But Hope has been pretty clear that he wants to stick with the two-quarterback system.

?They need to establish a group of receviers. I don?t think they have a lot of depth there now. And the guys out there now aren?t all standouts. Is Antavian Edison gonna be the go-to receiver? Or will someone else emerge? They did a good job spreading the ball around last year, not just to the receivers but to the tight end also.

?On defense, they need to come up with another end to go with Ryan Russell. The tackles are pretty solid with Kawann Short and Bruce Gaston. Linebacker, Dwayne Beckford isn?t involved in spring drills. He has some legal issues to iron out. Will he be back in the fall? We don?t know yet. They have some depth issues at linebacker.

?They have three new coaches on the defensive side, so they are trying to learn that terminology and what they expect. Coming out of spring, they need to make sure everyone is on the same page from a terminology standpoint and what the big picture is before fall camp.?

Brian Neubert, Gold & Black Illustrated | Read more from Neubert | Follow @GoldandBlackCom
?They need to decide on who will be the quarterback. Robert Marve and Caleb TerBush are out there this spring. Rob Henry is still getting over a knee injury. In the end, Marve may win the job with Henry coming in to run the ball. Danny Hope is obsessed with deception. So I wouldn?t be surprised if you often see two quarterbacks lined up in the huddle.

?They need some receivers. Antavian Edison is probably your top guy. He?s good. But ideally, he wouldn?t be your No. 1 guy. O.J. Ross is back after being suspended before the bowl last year. But he still isn?t fully back in the good graces of Hope, who took away his scholarship. Gary Bush is another veteran option. Raheem Mostert figures to work from the slot and often line up in the backfield. They like to move him all over.

?Defensive line is probably their strongest position on defense. Kawann Short may be the best tackle in the Big Ten. Ryan Russell is a good end, but they need more depth on the edge.

?The defensive players need to get used to an overhauled staff. They don?t let us watch practices, so we don?t really know what they are doing. But this new coordinator has run a 3-4 in the past. So, he may do that here, too.

?The linebackers need to be sorted out. But the best one, Dwayne Beckford, isn?t playing because of suspension. And some other key guys are hurt. Also, two safeties must be found, but the corners look good with Ricardo Allen and Josh Johnson back.?

Pete DiPrimio, Fort Wayne News-Sentinel | Read more from DiPrimio | Follow @pdiprimio
?Purdue should be strong at quarterback. But they are thin at linebacker. They even have converted one of their quarterbacks, Sean Robinson, to linebacker. They have a new defensive coordinator, who has to shore up the defense. They had more talent than what they showed. The defensive line should be solid.

?They are thin on the offensive line. They also need a kicker with Carson Wiggs gone and will likely go with a true freshman.

?Danny Hope has gone to the Southeast and gotten some speed and athletes. He hasn?t hit the state of Indiana as hard as some people would like, but he has improved speed. They have some skill players. What will happen at running back? In Akeem Hunt, Akeem Shavers, they have some talent there. Is Ralph Bolden going to be able to play? I don?t know. He has had three knee injuries. We will see.

?(Defensive tackle Kawann) Short is extremely athletic. He?s big and is good. But he hasn?t always played with maximum effort and energy. If he played with the effort and energy of (former Purdue great and 2011 first-round draft pick) Ryan Kerrigan, he?d be all-world. If Short gets to that point, he would be a real man among boys. He?s a good athlete who excelled in basketball in high school.?