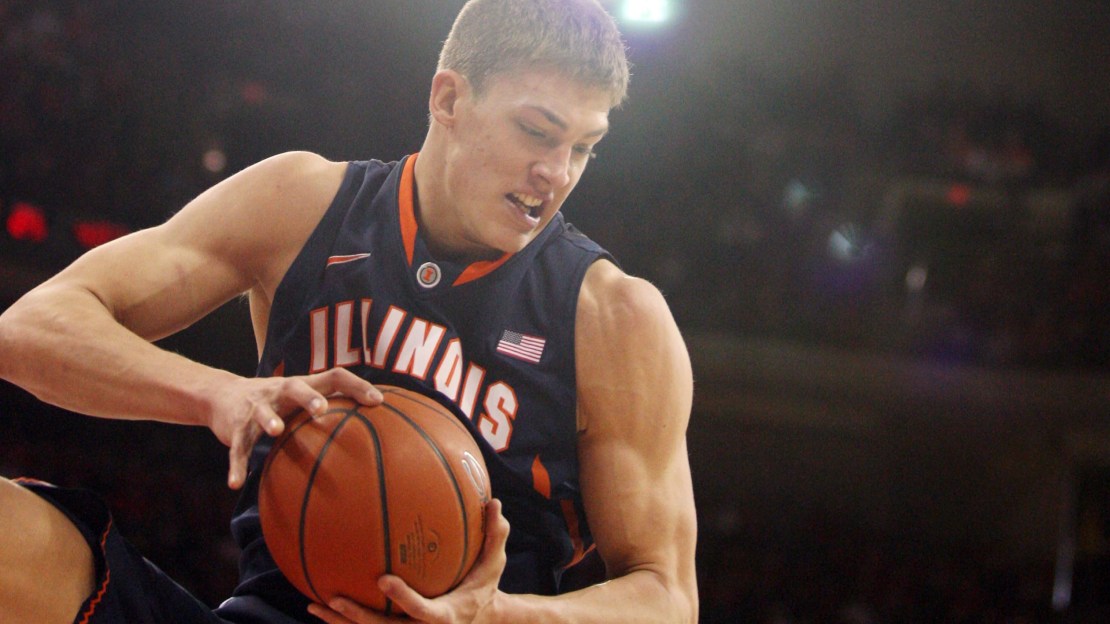 Illinois center Meyers Leonard has opted to turn pro. And it isn?t a shock. ?This was a very difficult decision because I love the University of Illinois,? Leonard said in a statement released by the school. ?But I feel the timing is right for me to follow my dream of playing in the NBA and having the opportunity to provide for my mom and family."

NBA draft projections have Leonard going in the first round, with some having him going as a lottery selection. Leonard is a freakish 7-1 athlete who runs the court with aplomb and is considered a raw talent with potential to become special. But he needs to mature and get stronger. Still, Leonard-who plans to finish the spring semester while preparing for the draft, which will be held on June 28–is a rare talent that tantalizes NBA teams.

Leonard played just two up-and-down seasons in Champaign. Last season was his best, as Leonard averaged 13.6 points, 8.2 rebounds and 1.9 blocks for an Illini team that finished 17-15 overall and 6-12 in the Big Ten, missing the postseason. He earned honorable mention All-Big Ten honors, ranking third in the conference in rebounding and field-goal percentage (.584) while leading the league in blocks. Find his full stats here.

As a freshman, Leonard averaged 2.1 points, 1.2 rebounds and 0.4 blocks. He leaves campus with career averages of 7.7 points and 4.7 rebounds.

Now, Illinois fans wonder if junior guard Brandon Paul also will bolt early. Like Leonard, Paul submitted his name to the NBA undergraduate advisory committee to receive feedback on his draft status. Unlike Leonard, it would be a surprise if Paul remains in the draft. Players have until April 8 to decide if they want to enter the draft or remain in school.

If Paul returns, new Illini coach John Groce will have a strong roster to work with in his debut season taking over for the fired Bruce Weber. Tracy Abrams, Joseph Bertrand, Paul and D.J. Richardson are slated to return in the backcourt. Upfront, players like Tyler Griffey, Nnanna Egwu, Myke Henry and Mike Shaw are slated to be back. It?s a good nucleus capable of returning the Illini to the postseason.

Tom Dienhart is a senior writer for BTN.com. You can subscribe to his Daily Links RSS here, find Dienhart?s work at www.btn.com/tomdienhart, follow him on Twitter at @BTNTomDienhart, send a question to his weekly mailbag here, and click here to subscribe to his overall RSS feed.