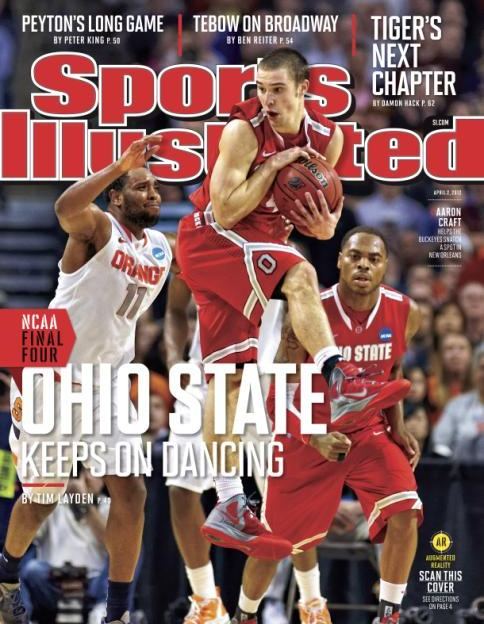 In the sports world, there's no better magazine to have your mug on than Sports Illustrated. Ohio State's Aaron Craft knows what it's like. The Ohio State point guard is featured on this week's Final Four regional-based cover.  On it, Craft has the ball and is in midair against Syracuse, with the headline: "Ohio State Keeps on Dancing." The Buckeyes take on Kansas, which beat them earlier this season, Saturday in the second national semifinal.

Get this: According to reports, Kentucky is the primary cover, while Kansas and Ohio State are regional ones. What about Louisville, the fourth team? Guess that's the treatment you get when you're one of two teams from the state and you're not the No. 1 overall seed. Why not split the cover? I mean, there's a storyline there with the coaches.