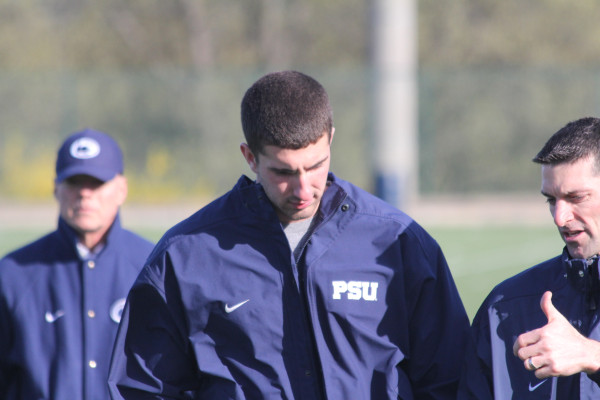 Former Maryland QB Danny O'Brien visited Penn State again Monday as the Nittany Lions opened spring practice and the Bill O'Brien era. Of much interest, O'Brien, who also was in State College, Pa., a week ago, donned a Penn State jacket. What does this mean for the transfer who's also visited Ole Miss, Vanderbilt and Wisconsin? Perhaps nothing more than it was cool and O'Brien needed another layer. See a picture of O'Brien and a relevant tweet in this post.

Before Danny O'Brien "jacket-gate" gets out of control, recruiting coordinator Bill Kavanaugh handed it to him because it was 45 and windy