Tourney Rolls On With Thursday in the Books 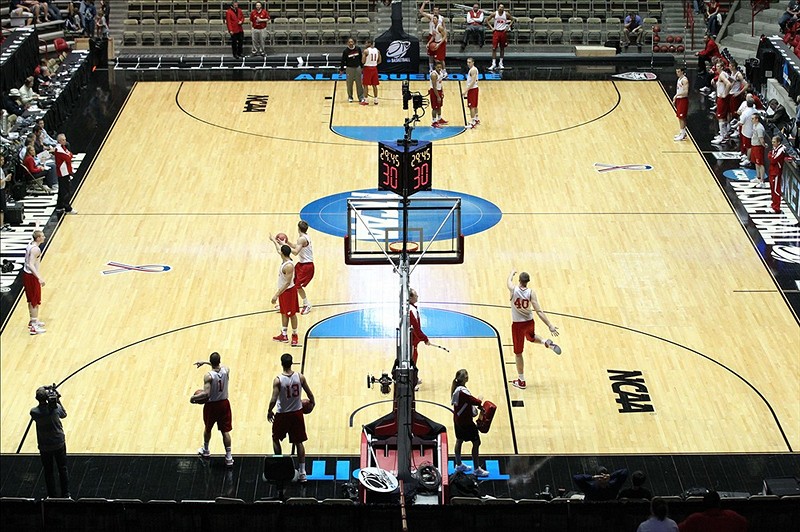 Now in this post, I also take my daily spin around the Big Ten headlines and offer up a few links you need to be clicking on.

Loren Tate of the Champaign News-Gazette says there is money to spend on a coach. Good, because the Illini likely will have to pony up if it wants to lure a coach like VCU?s Shaka Smart. Consider what some other schools are paying their coaches. Kentucky pays John Calipari $4 million annually. And it isn?t uncommon for to see top coaches make $2 million per annum. If Illinois A.D. Mike Thomas offers $2.2 million, that would be $500,000 more than Bruce Weber was making, says Tate. Oh, and before a new hoop coach can be paid, Illinois also must dole out $7.1 million to the three coaches it recently canned. Yes, the cost of doing business at a big-time level is sky-rocketing. Mike Thomas is making over the two biggest sports. His legacy will be tied to the results.

The Hoosiers aren?t the underdog anymore, opines Bob Kravitz of the Indianapolis Star. It hasn?t been a rapid rise under Tom Crean, but he had a massive hole to dig out of that was created by the Kelvin Sampson era. Crean went 6-25 his first year; then 10-21; 12-20 and Indiana is now 25-8 as it rolls into the NCAA tourney for the first time since 2007. And the Hoosiers only are going to get better with a monster recruiting class coming in next fall, headed by five-star studs in point man Yogi Ferrell and forward Hanner Perea. Enjoy the ride, Hoosier fans. This is going to be fun.

Roadrunner region won?t be easy for the Spartans, says Joe Rexrode of the Lansing State Journal. Rexrode is correct. The biggest worry for the Spartans, I think, should be No. 2 Missouri. The teams could meet in the regional finals with a spot in the Final Four on the line. Mizzou easily could have been a No. 1 seed. And the Tigers will be a tough matchup for Michigan State if they meet. Mizzou has a collection of interchangeable parts, a series of quick and athletic players who can run the court, dribble-drive and shoot. If the Spartans get into a running game with Missouri, they may be in trouble. MSU needs to slow things down on offense and play zone on defense to clog the driving lanes and make the Tigers hit jumpers to win.

Like Jess Settles, Aaron White is something special, says Pat Harty of the Iowa Press-Citizen. Is there higher praise for a Hawkeye hoopster than to be compared to Settles? Of course not. White is the embodiment of the program, a true cornerstone that Fran McCaffrey can build this program around the next three seasons. And no one saw this coming, did they? White wasn?t a heavily decorated recruit. Maybe that?s why he has this hunger to excel that we have seen manifested on the court during a sensational freshman season. White has a terrific all-around game, able to shoot, dribble and work inside. And he also loves to play defense and always plays hard. Yes, he is Jess Settles.

Jared Berggren?s play inside will be a big factor in how deep Wisconsin goes in March, says Tom Oates of the Wisconsin State Journal. The big guy with the sharp elbows can run the court and shoot with aplomb. But he needs to excel in the paint, too, if the Badgers want to enjoy an extended run in March. Berggren?s playing on the interior will be even more vital if Wisconsin?s outside shots are not falling. And the Badgers can get into extended funks from the perimeter.

OTHER LINKS OF NOTE:
Illinois
Shaka Smart makes sense as the prime picks, writes Mark Tupper of the Decatur Herald-Review.

Iowa
Marc Morehouse takes a look at the Iowa quarterbacks.

Ohio State
Ohio State?s fortunes appear to be on the rise, says Herb Gould of the Chicago Sun-Times. But the Buckeyes need to get behind Jared Sullinger, says Rob Oller of the Columbus Dispatch.

Wisconsin
Jordan Taylor has excelled in a difficult role, writes Jim Polzin of the Wisconsin State Journal. Then Amelia Rayno of the Minneapolis Star-Tribune says they have been losing ugly lately at Wisconsin. Also, Mike Bruesewitz is searching to end to arc badness, says Jeff Potrykus of the Milwaukee Journal Sentinel.