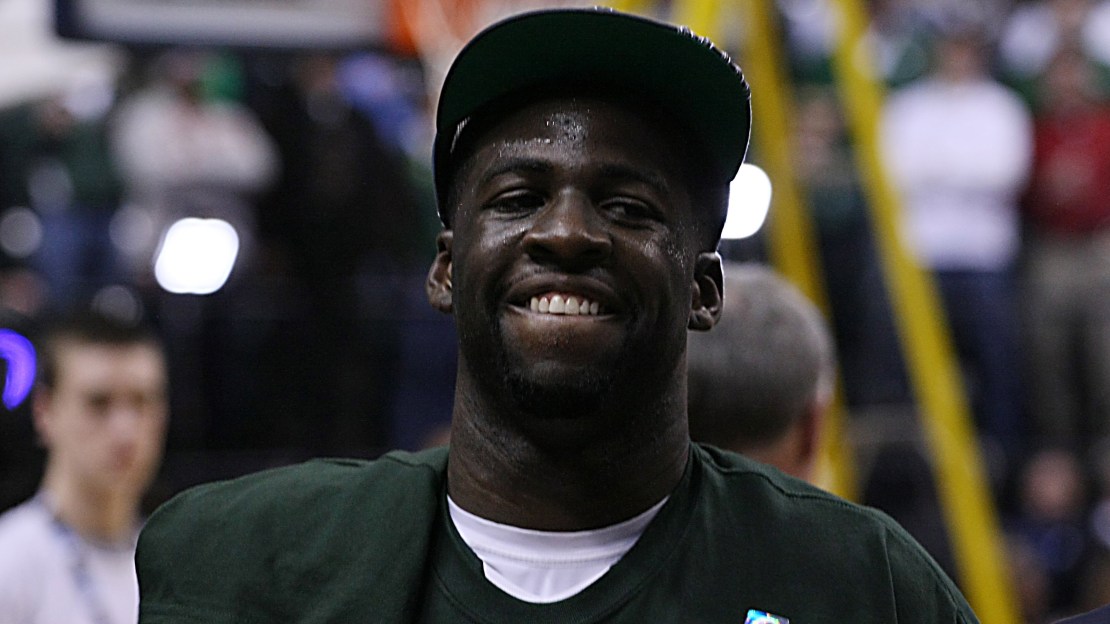 The NCAA tourney tips Tuesday night, meaning it's time to release my final 2012 Big Ten men's hoops power rankings. The rankings are not meant to mimic the Big Ten standings. What fun would that be? They aren?t scientific, either. They?re simply my thoughts on where each Big Ten team stands right now and who would win on a neutral court. Agree? Disagree? Tweet @BTNBrentYarina or leave your comments below.

Also, did you see my top 10 Big Ten plays from the past week? Watch all the plays here. The latest national polls are out, as well.

1. Michigan State (27-7, 13-5) – So much for Branden Dawson's season-ending ACL injury derailing Michigan State's season, huh? In the first three games without their fabulous freshman, the Spartans went 3-0 on their way to winning the Big Ten tourney.
Last time: T-No. 2

2. Ohio State (27-7, 13-5) – Not a good trend here: On-and-off William Buford has scored 11 points or fewer in four of the last five games, all while shooting 39.7 percent. He was terrific in the one "on" game, scoring 25 points and hitting the game-winner at Michigan State, but he's simply not right.
Last time: T-No. 2

3. Michigan (24-9, 13-5) – I'll say it again: Tim Hardaway Jr. needs to solve his first-half struggles if Michigan is to do anything in the NCAA tourney. Whether it's arriving to shootaround earlier or playing a half of basketball on a Nerf hoop at the hotel, it's time to trick his body.
Last time: No. 1

4. Wisconsin (24-9, 12-6) – Three players went for exactly 30 points Friday at the Big Ten tournament, but there's no question Rob Wilson's breakout effort is the one people will forever associate with the 2012 event. It's hard to forget a guy who scores 27 points over his season average.
Last time: No. 4

5. Indiana (25-8, 11-7) – As the Big Ten Geeks said during the Indiana-Wisconsin game in Indianapolis, Jared Berggren is Cody Zeller's kryptonite. In two games against the Badgers, Zeller has seven field goals and four rebounds, including one in Friday's loss.
Last time: No. 5

6. Purdue (21-12, 10-8) – How about the most improved Boiler? Is it D.J. Byrd or Terone Johnson? Both Boilers are delighting, the former for a longer period than the latter. Either way, together, they're giving Robbie Hummel a lot of help and making dimes easy to come by for Lewis Jackson.
Last time: No. 6

7. Minnesota (19-14, 6-12) – Holy, Andre Hollins! The most glaring omission on the Big Ten's All-Freshman Team, Hollins turned many people into big-time believers in Indy, erupting for 46 points in two games en route to being named to the All-Tournament Team.
Last time: No. 10

8. Northwestern (18-13, 8-10) – It's back to the NIT for the Wildcats, who once again fell short of earning their first NCAA tourney berth. The good news: Talented but injury-prone JerShon Cobb is fresh off his best game (24 points, 8 rebounds, 2 steals).
Last time: No. 7

9. Iowa (17-16, 8-10) – Who had Fran McCaffery's crew playing postseason ball this season? Not a lot of people, that's who. Iowa is ahead of schedule, and a lot of that has to with Matt Gatens' tremendous finish and Aaron White's continual improvement.
Last time: No. 8

10. Illinois (17-15, 6-12) – In two months, the Illini went from sitting atop the Big Ten standings to being home for March Madness. No NCAA tourney. No NIT. Nothing. The tailspin was that bad, and it's part of the reason Bruce Weber was fired Friday.
Last time: No. 9

11. Penn State (12-20, 4-14) – In the end, there was plenty Tim Frazier but not enough everyone else. Jermaine Marshall will be the key for the Nittany Lions next season, as the sophomore developed into a nice scorer but needs to do it on a more consistent basis.
Last time: No. 11

12. Nebraska (12-18, 4-14) – Other than Illinois, no Big Ten team finished the season worse than Nebraska. The Huskers lost their final five games by an average of 17 points, the closest loss being a 62-53 defeat vs. Iowa. As a result, Doc Sadler, like Bruce Weber, was fired Friday.
Last time: No. 12