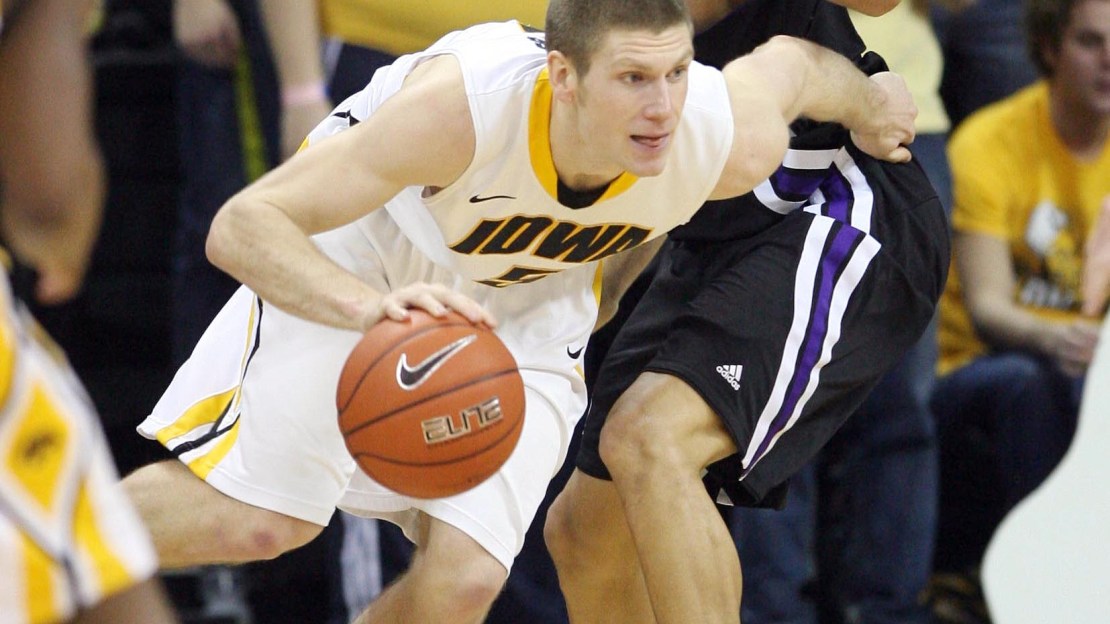 Northwestern kept its NCAA tourney hopes alive with a much-needed victory at Iowa (recap) and Minnesota took down Nebraska (recap) in a Saturday BTN doubleheader. Catch up on all the action on our BTN.com scoreboard and get stats, video and recaps in this post. Like highlights? We post some of the best Big Ten highlights in our Did You See This? archive. Gopher fans will love these Rodney Williams dunks.

FINAL: Chip Armelin scored 20 points and grabbed five rebounds and Rodney Williams added 16 points and eight boards as they teamed up to lead Minnesota to an 81-69 victory over Nebraska on Saturday at Williams Arena in Minneapolis. Minnesota (18-13) hit 55 percent of its field goals (26-of-47), including 48 percent from downtown (10-of-21). The teams traded the lead eight times in the game. The Golden Gophers also got double-digit performances from Austin Hollins, who scored 13 and Ralph Sampson III and Andre Hollins, who each scored 12. Dylan Talley scored 16 points, corralled five rebounds, and handed out six assists for Nebraska (12-17). The Cornhuskers were on fire from beyond the arc during the game, shooting 42 percent (13-of-31). Nebraska had 18 assists on 22 baskets. More Nebraska scoring came from Bo Spencer (23) and Toney McCray (14). Down 20-14 with 10:20 to go in the first half, Minnesota broke out for a 20-2 run to take a 12-point lead with 3:42 left in the first half en route to snapping a six-game losing streak.

HALFTIME: Austin Hollins and Chip Armelin combined for a successful first half as Minnesota leads 38-30 over Nebraska. Armelin scored 11 points and Hollins added 10. Each team took a turn in the driver's seat as the lead changed hands eight times. The Golden Gophers trailed 22-21 when they broke out for a 13-0 run to overtake the Cornhuskers and seize a 12-point lead. Minnesota shot 7-of-13 from beyond the arc in the first half (54 percent). Bo Spencer, the leading scorer this season for Nebraska, has zero points, well below his season average of 14.9. Dylan Talley led the way for Nebraska in the first half, with 11 points.

FINAL: A run lasting across the halftime break allowed Northwestern to defeat Iowa 70-66 on Saturday at Carver-Hawkeye Arena. Northwestern (18-12) trailed 28-13 in the first, but a 31-7 run allowed it to take a nine-point lead early in the second half. Even in defeat, Matt Gatens came through for Iowa (16-15), with 17 points, four rebounds and three assists. Drew Crawford sparked the Wildcats, as he scored 18 points and hauled in seven rebounds. The Wildcats crashed the offensive glass effectively, grabbing 13 offensive boards. More Northwestern scoring came from JerShon Cobb, who scored 13. Aaron White had a quality shooting game, nailing 4-of-5 shots from the field and scoring 14 points. The Hawkeyes shot 54 percent from the field (22-of-41). Iowa went 17-of-22 from the charity stripe as a team (77 percent). The Hawkeyes also got a double-digit performance from Roy Devyn Marble, who scored 11.

HALFTIME: Drew Crawford has 12 points and four rebounds to lead Northwestern to a 42-35 lead over Iowa after 20 minutes. Trailing in a close game early, the Hawkeyes went on a 15-0 run to take a 13-point. However, Northwestern ended the half on fire to reclaim the advantage. Through 20 minutes, the Hawkeyes have limited John Shurna to three points, well below his season average of 20.1. Seven Northwestern players scored in the first half. Aaron White has 12 points to pace the Hawkeyes.