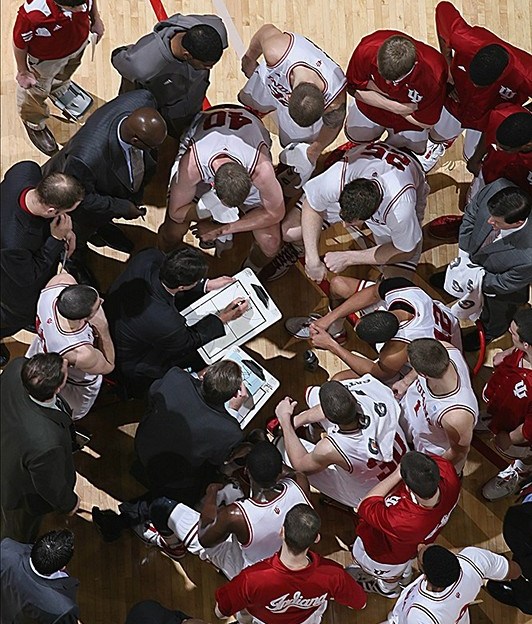 Michigan State got a scare last night, but it found a way to pull out victory at Minnesota to remain atop the Big Ten standings. But what else is going on in Big Ten and other related circles?

Well, Plus One is a minus for college football, says Matt Hayes of The Sporting News. But then Plus One revenue could be double the current deal, says Dennis Dodd of CBSSports.com. I spend my weekdays mornings surfing, reading, and collecting great links. Read the rest of my links in this post and leave your comments in the box below the post.

Illinois
Attention: We have Jereme Richmond sighting. He has signed with a Premier League team, says Shannon Ryan of the Chicago Tribune. Congratulations ? I think.

Meyers Leonard might be well-served to delay jump to the, writes Herb Gould of the Chicago Sun-Times. I have to agree unequivocally with Gould. But, don?t you get the feeling Leonard already has one foot out the door?

Lost: The basketball culture at Illinois. Paul Klee of the Champaign News-Gazette fills us in on this key missing component.

Time? It goes whizzing, say Loren Tate of the Champaign News-Gazette in a nice look at the Whiz Kids. Who are the Whiz Kids? Ask your dad. No, wait. Ask your grandpa.

Indiana
The only number that mattered on Wednesday in Indiana?s win over something named North Carolina Central was 21, says Terry Hutchens of the Indianapolis Star.

Tom Crean pushes perspective in Christian Watford?s struggles, says Pete DiPrimio of the Ft. Wayne News-Sentinel. We all are rooting for you, Watford.

Has Iowa hired an offensive coordinator? One prominent writer in Texas says so, writes Marc Morehouse of the Cedar Rapids Gazette

Michigan
Break out your bell bottoms and leisure suits: Michigan and Ohio State look set to dominate the Big Ten like the old days, says Angelique Chengelis of the Detroit News.

For the Wolverines, it?s all about keeping the eyes on the prize: first place, writes Rod Beard of the Detroit News.

Underdogs forever: Zack Novak and Stu Douglass are at the core of Michigan?s basketball resurgence, says Nick Baumgardner of AnnArbor.com. Not bad for a couple of kids from Indiana.

Tom Izzo?s preparation and drive give the Spartans that refuse-to-lose spirit, says Patrick Reusse of the Minneapolis Star Tribune. And it all was on full display in Michigan State?s stirring comeback last night in The Barn.

Minnesota
The Gophers fell into the same patterns in their complete and utter meltdown vs. Michigan State, blogs Amelia Rayno of the Minneapolis Star Tribune.

Ohio State
Michigan cheering for Ohio State? It could happen on March 4, says Doug Lesmerises of the Cleveland Plain Dealer. You also may bite your dog on that day. Be careful.

Purdue
Some players like Boilermaker linebacker Joe Holland hope to make the NFL even without a Combine invite, says Mike Chappell of the Indianapolis Star.

Wisconsin
What do the Badgers need? Ben Brust to regain his three-point stroke, says Jim Polzin of the Wisconsin State Journal.