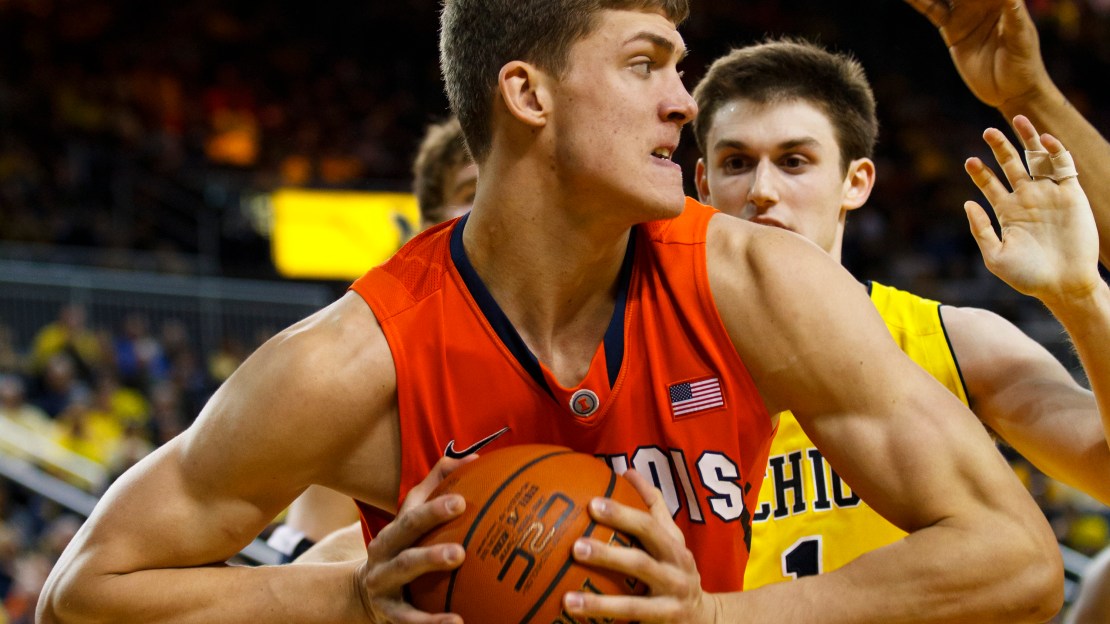 Forget about having the right cover sheet on that TPS Report. It can wait. You first must surf to these info-packed links to Big Ten stories. For example: Meyers Leonard opens up after sixth loss in a row, writes Tina Akouris of the Chicago Sun-Times while Sun-Times colleague Mark Potash wonders: What went wrong with Bruce Weber at Illinois? Read more links for Wednesday inside.

Iowa
Bryce Cartwright anxiously waits to get back in the game, says Rick Brown of the Des Moines Register. And the Hawkeyes need the savvy point guard.

Kirk Ferentz still has a ?Help Wanted? sign up for an offensive coordinator. And former Texas OC Greg Davis is a possible candidate, writes Mike Hlas of the Cedar Rapids Gazette. The guy often was a lightning rod for criticism at Texas. Sound familiar, Hawkeye fans?

Michigan
Brady Hoke?s success has sparked a Michigan-Ohio State recruiting rivalry, says Steve Megargee of Rivals.com. This rivalry just keeps getting juicer. I love it. And so should you.

Kyle Meinke of AnnArbor.com looks at how former Michigan players fared at the combine.

Matt Vogrich gives the Wolverines another lift, says Nick Baumgardner of the AnnArbor.com. Don?t you just get a feeling about this Michigan team? I do.

Michigan State
Are you sitting down? OK, read this: Tom Izzo says this Michigan State team is among his best, writes Matt Charboneau of the Detroit News.

Matt Thornton steps up his game when it matters the most, says Joe Rexrode of the Lansing State Journal. Love this guy?s sweet shot.

Draymond Green is taking whatever he wants, says Amelia Rayno of the Minneapolis Star Tribune. And he just may take Big Ten Player of the Year honors. Green has my vote-if I had one.

Minnesota
A variety of voices will have a say in the hunt for a new athletic director, says Phil Miller of the Minneapolis Star Tribune.

The Gophers will pay market value for an athletic director, says the St. Paul Pioneer Press.

The Huskers are focusing on returning to their defensive roots, writes Brian Rosenthal of the Lincoln Journal Star. But is it too late?

Alfonzo Dennard is looking to prove he?s a top prospect at the Combine, says Jon Nyatawa of the Omaha World-Herald.

Purdue and Nebraska? There?s a lack of familiarity, but no lack of respect, says Lee Barfknecht of the Omaha World-Herald.

Northwestern
That overtime loss to Michigan? It was extra painful for Northwestern, says Teddy Greenstein of the Chicago Tribune.

Ohio State
Looking for a house in Gainesville, Fla.? Urban Meyer?s old digs are for sale for $1.7 million, says Ty Duffy of the The Big Lead.

Purdue
Down to its final four games, the Boilermakers are feeling the heat, says LaMond Pope of the Ft. Wayne Journal Gazette.

Carson Wiggs plans to put his best foot forward at the Combine, reports Mike Carmin of the Lafayette Journal-Courier.

Wisconsin
The Badgers hope to snap out of a transitional daze, says Jim Polzin of the Wisconsin State Journal.

Mega Wisconsin recruit Sam Dekker?s 58-point spree moves him to No. 8 on the state scoring chart, says Adam Mertz of the Wisconsin State Journal. Can?t wait for this phenom to get to Madison.