Dienhart: My Top 25 Players This Week 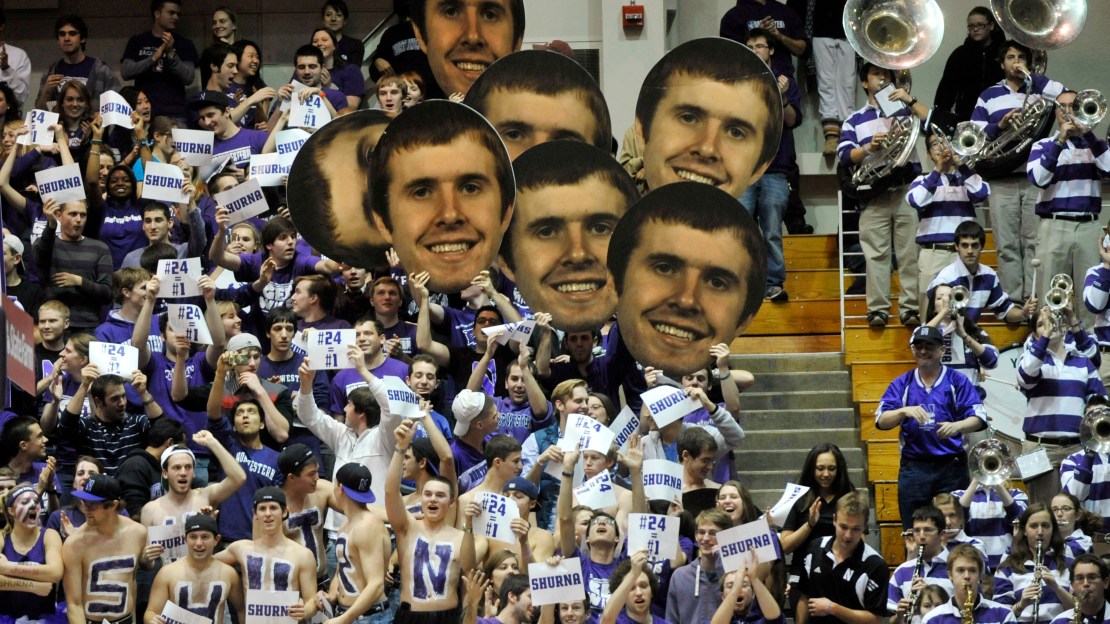 With his play in recent weeks, Michigan State?s Draymond Green has solidified his hold on the top spot in my weekly player rankings. The senior is a do-it-all talent who?s driven to leave campus standing side-by-side with players like Mateen Cleaves and Magic Johnson as an all-time great en route to leading the Spartans to a Big Ten title and spot in the Final Four. I am not gonna bet against him.

Your list is surely different than mine. Tell me what you think in the comments area of this post. State your case – I'm all ears. And just or fun, check out this recent dunk from Branden Dawson, who ranks in my Top 25, too.

1. Draymond Green, F, Michigan State, Sr. The guy is a walking, breathing double-double who clearly has emerged as the top player in the Big Ten. In fact, Green is the only player in the conference who is averaging a double-double. On top of all of that, Green is a great leader whose will to win is unmatched.
Key stats: 15.2 ppg; 10.5 rpg; 3.6 apg. (See full profile page.)

2. Jared Sullinger, C, Ohio State, So. At times, he has shown frustration with non-calls as he has taken punishment in the paint. But when he?s dialed in-and teammates are feeding him the ball-Sullinger is one of the nation?s top players. Still, the Buckeyes have lost two of their last three. He must step up.
Key stats: 17.5 ppg; 9.2 rpg; 1.0 apg. (See full profile page.)

4. Tim Frazier, G, Penn State, Jr. He is one of the most improved players in the Big Ten, pumping his scoring average from 6.3 points as a sophomore to 18.5. Frazier is tremendous as driving to the hoop, but he needs to improve his shot. He has scored 20 or more points in five of the last eight games.
Key stats: 18.4 ppg; 5.0 rpg; 6.3 apg. (See full profile page.)

5. Trey Burke, G, Michigan, Fr. When Darius Morris turned pro, it created an opportunity for Burke. And he has seized it, running the Wolverine attack like a veteran by averaging 4.8 assists and just 2.7 turnovers per game. Burke also is fearless driving the lane, coming off a 17-point effort in the big win over Ohio State.
Key stats: 14.1 ppg; 3.4 rpg; 4.8 apg. (See full profile page.)

6. Cody Zeller, C, Indiana, Fr. What more can be said about this guy. Zeller has failed to score in double-figures just three times this season and has three double-doubles. His problem: Teammates often fall in the love with the outside shot, failing to give Zeller a touch in the paint.
Key stats: 15.7 ppg; 6.4 rpg; 1.2 apg. (See full profile page.)

7. Jordan Taylor, G, Wisconsin, Sr. He is having a good, but not a great, season. Taylor?s 39.0 shooting percentage is his lowest since his freshman season. And his scoring average is almost four points off his 18.1 average as a junior. And his rebounding and assists averages also are down from last year. Still, Taylor is special.
Key stats: 14.5 ppg; 4.0 rpg; 4.2 apg. (See full profile page.)

8. William Buford, F, Ohio State, Sr. He has been consistently inconsistent all season, which is why the Buckeyes have had their struggles of late. Buford is shooting a career-low 42.6 percent. In Ohio State?s two recent losses, he had four and six points and hit an aggregate 5-of-24 shots (20.8 percent).
Key stats: 15.0 ppg; 4.9 rpg; 3.1 apg. (See full profile page.)

9. Deshaun Thomas, F, Ohio State, So. Like teammate William Buford, Thomas has endured his ups and downs. He did his best to lift the Buckeyes to victory at Michigan, tallying 25 points. But it wasn?t enough. Thomas needs more games like that, and to continue to improve his soft defense.
Key stats: 14.6 ppg; 4.7 rpg; 0.9 apg. (See full profile page.)

10. Tim Hardaway Jr., G, Michigan, So. His shooting woes have been well-documented, as Hardaway is hitting just 41.7 percent from the field and 27.7 percent from 3-point range. But he seems to be on an uptick, scoring a combined 28 points the last two games after notching an aggregate 10 in the two before that.
Key stats: 14.3 ppg; 3.4 rpg; 2.4 apg. (See full profile page.)

11. Robbie Hummel, F, Purdue, Sr. As Hummel?s knees have allowed him to practice more consistently, his play has improved. In fact, Hummel is playing his best ball of the season as he tries to will the Boilermakers to the NCAA tourney. The last three games, Hummel is averaging 23.3 points and 11.7 rebounds.
Key stats: 15.7 ppg; 6.6 rpg; 1.8 apg. (See full profile page.)

12. Keith Appling, G, Michigan State, So. He had a streak of four consecutive double-figure games broken in the win at Purdue. But he still contributed by dishing five assists and committing just one turnover will playing an overall good floor game.
Key stats: 12.2 ppg; 3.1 rpg; 3.8 apg. (See full profile page.)

13. Branden Dawson, F, Michigan State, Fr. Freshman wall? Forget about it. Dawson has been a consistent force on the wing all season, running the floor and finishing with aplomb. And Dawson is coming off one of his better efforts of the season in notching 15 points and 11 rebounds in the victory at Purdue.
Key stats: 8.6 ppg; 4.7 rpg; 1.0 apg. (See full profile page.)

15. Aaron Craft, G, Ohio State, So. While he continues to play suffocating defense, Craft?s offense is struggling. He has an aggregate 10 points in the last two games, hitting 2-of-9 shots. In the two recent losses, Craft had five assists and three turnovers. He needs to step up down the stretch if OSU wants to win the Big Ten.
Key stats: 8.1 ppg; 2.9 rpg; 4.6 apg. (See full profile page.)

16. Bo Spencer, G, Nebraska Sr. He?s saving his best for last, trying to push the Cornhuskers to a strong finish. Spencer was at his best in a recent demolition of Illinois, notching 27 points. He has an all-around game that has made him one of the Big Ten?s most consistent offensive threats all season.
Key stats: 15.5 ppg; 2.6 rpg; 3.4 apg. (See full profile page.)

18. Ryan Evans, F, Wisconsin, Jr. I think this guy is one of-if not the-most underrated players in the conference. Evans is athletic and active on the blocks, can run the floor and finish. He?s also a good passer. Watch him closely next time the Badgers play.
Key stats: 10.5 ppg; 6.8 rpg; 1.5 apg. (See full profile page.)

19. Brandon Paul, G, Illinois, Jr. Like most players on the Illini, Paul has been inconsistent. And his last time out, he scored just two points in an ugly loss at Nebraska. But when he?s dialed in Paul, is a dynamic scorer and defender who can take over a game like he did vs. Ohio State earlier this season.
Key stats: 14.9 ppg; 4.8 rpg; 3.0 apg. (See full profile page.)

20. Zack Novak, G, Michigan, Sr. If you don?t like Novak, then you just don?t like basketball. The guy is equal parts guts and skills, always leaving it all on the floor and always finding a way to contribute to victory as a shooter, defender and leader.
Key stats: 9.6 ppg; 4.6 rpg; 1.9 apg. (See full profile page.)

21. Lewis Jackson, G, Purdue, Sr. Like Robbie Hummel, Jackson has been able to practice consistently as his cranky back has held up. And Jackson?s performance has improved. It?s this simple: The Boilermakers go as Jackson goes, as he?s a premier penetrator who has gotten much better at hitting the open shot.
Key stats: 10.0 ppg; 3.2 rpg; 4.1 apg. (See full profile page.)

22. Christian Watford, F, Indiana, Jr. He has been maddeningly inconsistently most of the season, often failing to exert maximum effort. Witness the loss at Iowa on Sunday, when Watford failed to hit a shot and scored just one point. But when he?s on, Watford looks like an NBA player.
Key stats: 12.3 ppg; 5.5 rpg; 1.3 apg. (See full profile page.)

23. Jordan Morgan, C, Michigan, So. He is coming off one of his top efforts of the season, scoring 11 points and grabbing 11 rebounds in a huge win over Ohio State on Saturday. Morgan is a nice combination of strength and athletic ability.
Key stats: 7.8 ppg; 5.6 rpg; 0.3 apg. (See full profile page.)

24. Dave Sobolewski, G, Northwestern, Fr. Yes, ?Sobo? only notched three points in that loss to Indiana, but he has been on fire down the stretch. He has tallied over 20 points twice in the last four games and continues to pace the Big Ten in assist-to-turnover ratio. And he?s just a freshman.
Key stats: 9.4 ppg; 2.7 rpg; 3.7 apg. (See full profile page.)