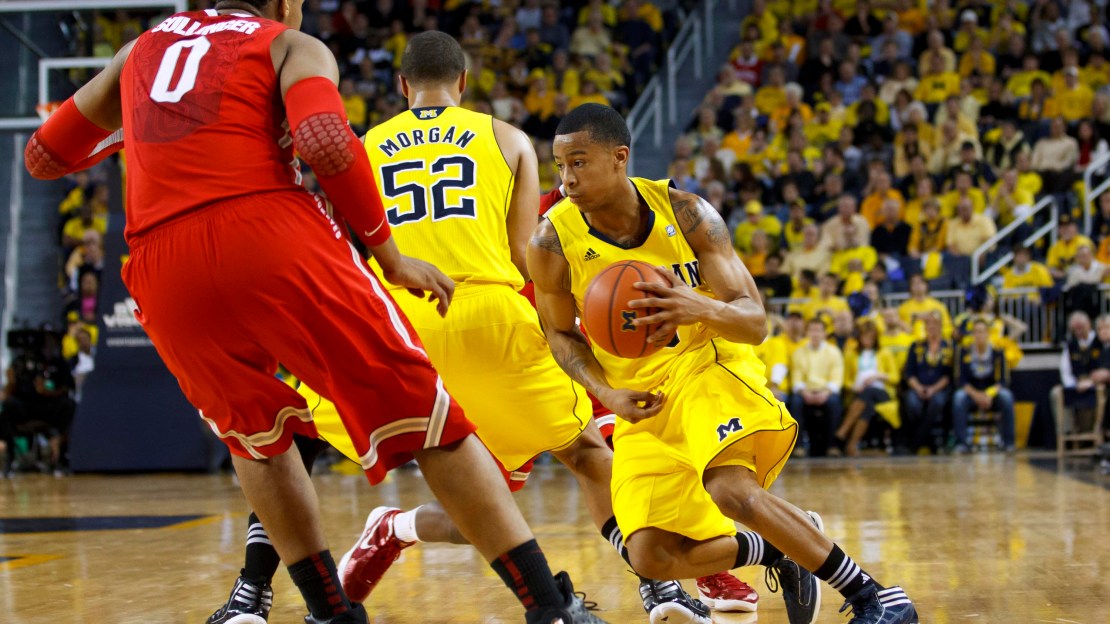 What a weekend, especially for Michigan, which remains in the hunt for a Big Ten title with that impressive win over Ohio State. Read all about the surging Wolverines? quest for their first Big Ten regular-season title since 1985-86 and other Big Ten happenings with these links in this post.

Big Ten
Take a look around the Big Ten with Doug Lesmerises of the Cleveland Plain Dealer.

Is poaching verbal commitments new to the Big Ten? Not according to former Illinois coach Ron Zook, writes Dustin Hockensmith of the Harrisburg Patriot-News.

Illinois
Changes can be messy, says Loren Tate of the Champaign News Gazette. But sometimes, they are necessary.

When it comes to recruiting, Illinois can?t shy away from Chicago, says Loren Tate of the Champaign News-Gazette. And Tate should know. He has seen it all.

Indiana
Here is what Terry Hutchens of the Indianapolis Star learned from another road debacle.

Iowa
Matt Gatens is the best at shooting the Hoosiers back to Bloomington says Marc Hansen of the Des Moines Register.

Mike Daniels is among seven ex-Hawkeyes who are ready for the Combine, reports Steve Batterson of the Quad City Times.

Michigan
Believe it: The Big Ten title is within Michigan?s reach, says Rod Beard of the Detroit News.

Michigan flexes in spotlight. And Bob Wojnowski of the Detroit News admires the Wolverines? awesomeness.

A terrific Saturday felt like the golden era of 1997-98, reminisces Mark Snyder of the Detroit Free Press.

Trey Burke is proving to be the final piece to the hoop team?s title hopes, claims Kyle Meinke of AnnArbor.com.

Joe Rexrode of the Lansing State Journal gets to know the men behind Tom Izzo.

Minnesota
The Gophers seem to have lost some optimism with that Northwestern loss, writes Amelia Rayno of the Minneapolis Star Tribune.

How good are the Buckeyes? It?s still hard for Bob Hunter of the Columbus Dispatch to answer.

Tim May of the Columbus Dispatch sat down with Urban Meyer for a Q&A.

Penn State
Bill O?Brien says he wants a team with the Patriots? mentality, writes Ron Borges of the Boston Herald.

Purdue
Bob Kravitz of the Indianapolis Star thinks Matt Painter made the right call with suspensions.

The Boilers still are aiming for an NCAA tourney bid, writes Pete DiPrimio of the Ft. Wayne News-Sentinel.

Wisconsin
Aggressiveness on offense could ignite the Badgers down the stretch, writes Tom Oates of the Wisconsin State Journal.