Big Ten Freshman of the Year: Burke or Zeller? 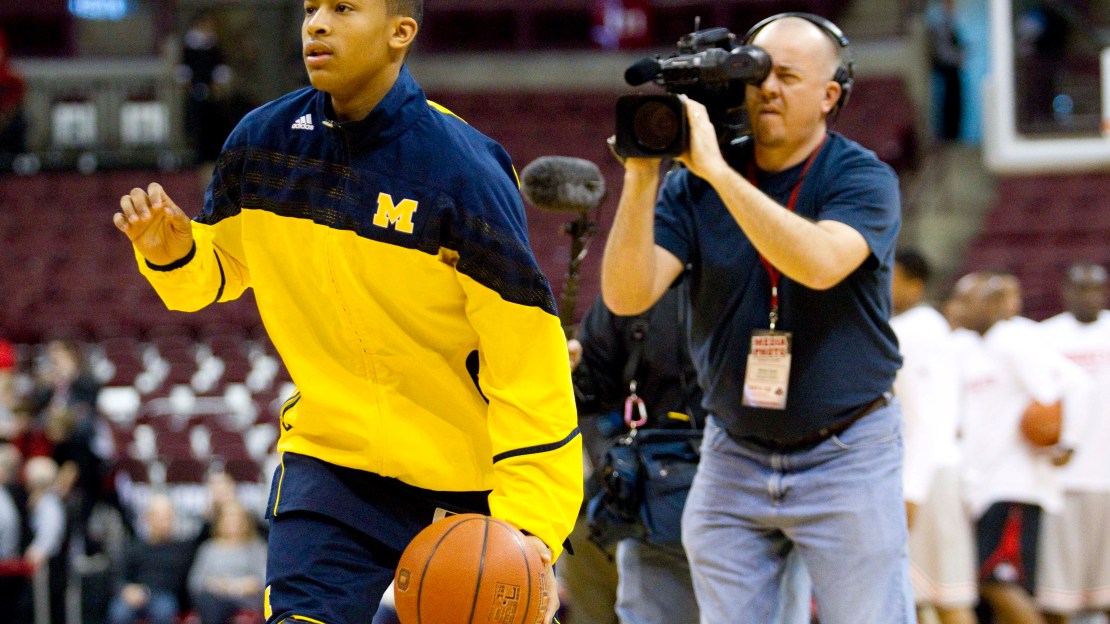 In the waning moments of Michigan's upset win over Ohio State on Saturday, the Twitterverse started naming Trey Burke the Big Ten Freshman of the Year. The point guard was instrumental in the win, scoring 17 points and dishing out five assists, but let's not consider this thing over. The race is just heating up, as Indiana's Cody Zeller has been every bit as impressive — probably even more so the past couple of weeks. Brent Yarina breaks down the two worthy candidates in this post.

IMPACT
Burke: Burke fabulously replaced Darius Morris, last year's star point guard who opted to leave early for the NBA, and the Wolverines are a much better team than they were at any point last season. To little surprise, Burke is the biggest reason for that.
Zeller: The only significant addition from last season's team that finished 12-20, including 3-15 in the Big Ten, Zeller and the Hoosiers are 20-6. Oh, and their eight Big Ten wins match the total they had in Tom Crean's first three seasons.
Edge: Draw

TEAM SUCCESS
Burke: Michigan is in the thick of the Big Ten title chase, trailing Michigan State by one half-game as of Sunday morning. This a team that went 9-9 in Big Ten play last season with all of the same key players, Burke the lone exception.
Zeller: Indiana is a competitive Big Ten foe for the first time since Kelvin Sampson roamed the sidelines. The Hoosiers aren't in the title chase this season, but they're among the best of the rest, and that's saying a whole lot.
Edge: Burke

As you can see, it's a very close race. There is no favorite, in my opinion, and it's so close that it wouldn't be a surprise if the two tie for the award. Both of these guys are worthy of All-Big Ten first-team honors, so it's going to be a great debate the final couple of weeks. Who do you think should win the award? Tell me in the poll below: