Time to take a quick spin around the Big Ten 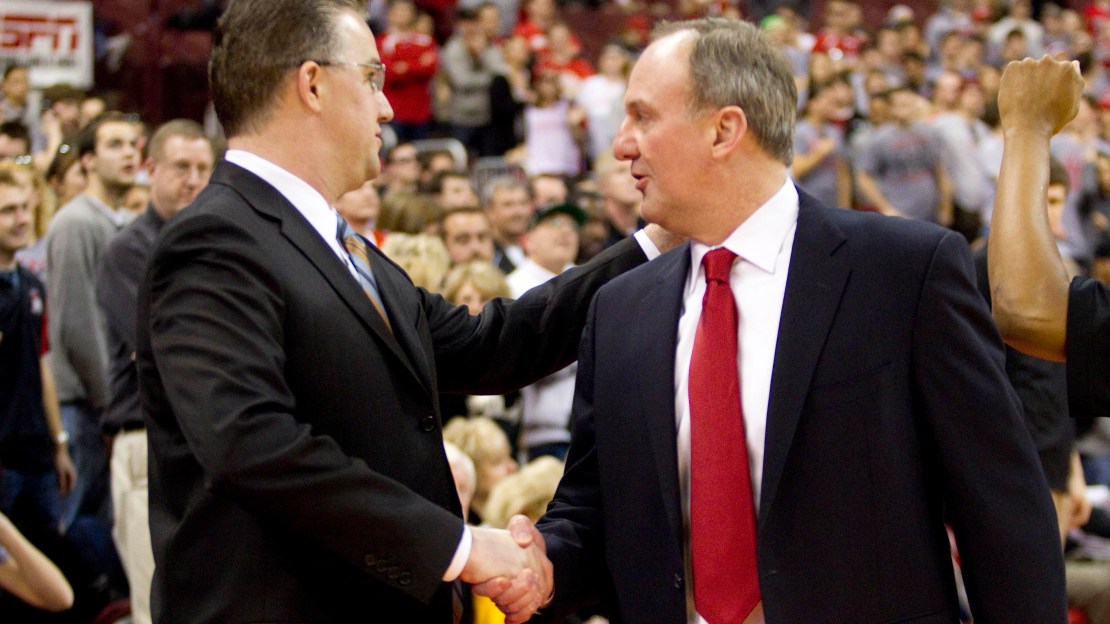 News, notes and everything in betewen from the Big Ten as I prepare to join Dave Revsine, Gerry DiNardo and Howard Griffith on tonight's Big Ten Football Report. Tune in at 7:30 p.m. ET!

Illinois
The Illini are trying to shore-up their once-tough defense, writes Shannon Ryan of the Chicago Tribune. I hope it?s not too late.

Meyers Leonard shows flashes of good and bad, says Loren Tate of the Champaign News-Gazette. But I say more good than bad. I still love the guy.

Illinois? NCAA chances? They look grim at this point, writes Paul Klee of the Champaign News-Gazette.

Indiana
The Hoosiers? success was no guarantee a few months ago, Ben Smith of the Ft. Wayne Journal Gazette reminds us.

Iowa
You know that chair Fran McCaffrey slammed a month or so ago? It was worth $2,100. Really, writes Scott Dochterman of the Cedar Rapids Gazette.

Now is the time for Michigan to start thinking about winning its first Big Ten title since 1986, says Nick Baumgardner of AnnArbor.com. That?s when Gary Grant and Antoine ?The Judge? Joubert played. Ah, memories.

Adreian Payne is a beacon for the Spartans, writes Joe Rexrode of the Lansing State Journal. If he keeps playing like he did at Ohio State, god have mercy on the Big Ten.

Michigan State is pumped for the stretch run, writes Matt Charboneau of the Detroit News. I wonder: Are the Spartans now the Big Ten fav?

Nebraska
Brian Rosenthal of the Lincoln Journal Star spins around the Big Ten.

Flip Saunders is not chasing a job with the Gophers, says Charley Waters of the St. Paul Pioneer Press.

Ohio State
The Buckeyes are putting the past behind them, says Bob Baptist of the Columbus Dispatch. Good idea.

Penn State
How do the Nits? NFL draft prospects stack up? Stefanie Loh of the Patriot-News gives you the scoop.

The Boilers excel at protecting the ball, writes Jeff Washburn of the Lafayette Journal-Courier.

Wisconsin
Could a Maryland QB transfer land a Wisconsin? Jeff Barker of the Baltimore Sun explains.