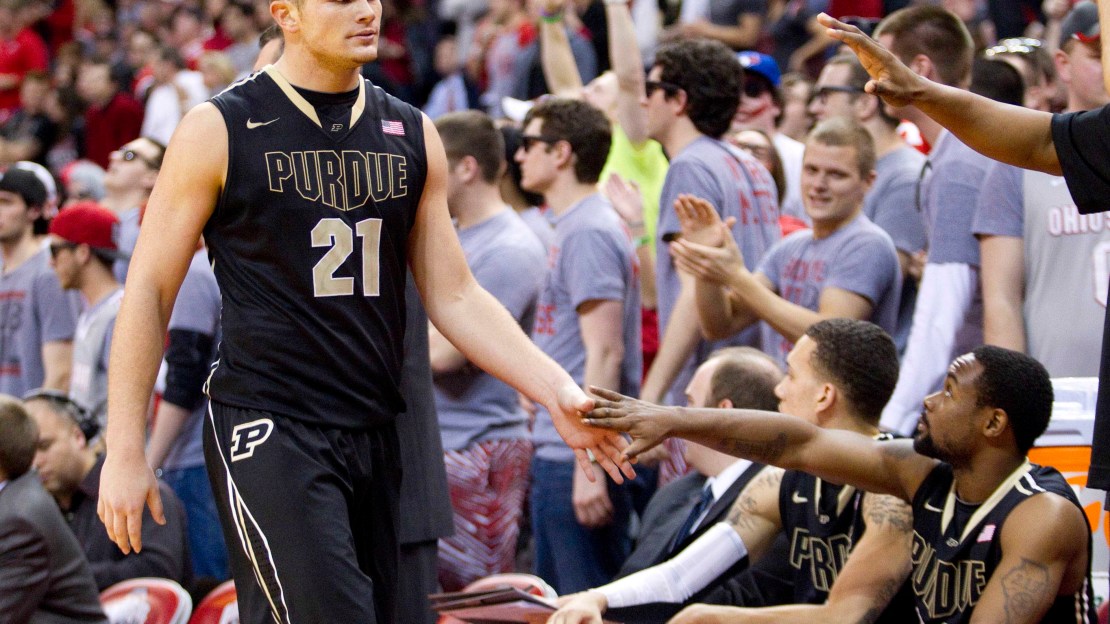 With three weeks left in the Big Ten men's basketball season, five teams have all but locked up NCAA tourney bids: Indiana, Michigan, Michigan State, Ohio State and Wisconsin. At this point in the season, though, the intrigue centers around the dreaded bubble teams. There are four of them this Big Ten season: Illinois, Minnesota, Northwestern and Purdue. How many will make the field? Brent Yarina tries to break it all down in this post.

Reminder: Four Big Ten teams made the tournament with at least 13 losses last season. That's great news for the conference's bubble teams, all of which have at least eight losses with no fewer than seven games remaining, including one Big Ten tourney game. But, as we all know, every year is different. And no matter how bad the Pac-12 may be, it doesn't mean these fringe teams will be as fortunate this season.

Let's take a look at each of the bubble teams:

Illinois (16-9, 5-7)
Remaining schedule: vs. Purdue, at Nebraska, at Ohio State, vs. Iowa, vs. Michigan, at Wisconsin (.541 winning percentage)
What they have going for them: Brandon Paul – The guy has been on fire, and as we saw against Ohio State, he's capable of leading the Illini to big-time wins all by himself; Signature wins – There's the aforementioned game against Ohio State, and there's the victory over Michigan State.
What they have going against them: Hello, tailspin! – Losers of six of their last seven, the Illini aren't exactly peaking at the right time.

Minnesota (17-8, 5-7)
Remaining schedule: vs. Ohio State, at Northwestern, vs. Michigan State, vs. Indiana, at Wisconsin, vs. Nebraska (.554 winning percentage)
What they have going for them: Resiliency – They lost their best player, Trevor Mbakwe, early in the season and have adjusted to compile a pretty solid season; Rare win – Minnesota is the only team this season to beat Indiana at Assembly Hall.
What they have going against them: The schedule – The Gophers' remaining schedule is extremely difficult; Resume – They were swept by Iowa and, other than the win at Indiana, they're short on impressive wins.

Northwestern (15-9, 5-7)
Remaining schedule: at Indiana, vs. Minnesota, vs. Michigan, at Penn State, vs. Ohio State, at Iowa (.507 winning percentage)
What they have going for them: John Shurna – The conference's leading scorer is absolutely stroking it, hitting 62 percent of his shots the last five games; Michigan State win – Don't forget that it was the Wildcats who snapped the Spartans' 15-game winning streak earlier this season.
What they have going against them: History – Northwestern, a program of zero NCAA tourney appearances, has seemed to be in this exact position each of the last few years, only to fall short.

Purdue (16-9, 6-6)
Remaining schedule: at Illinois, vs. Michigan State, vs. Nebraska, at Michigan, vs. Penn State, at Indiana (.474 winning percentage)
What they have going for them: Temple win – Who knew the Nov. 18 win over Atlantic 10 leader Temple would be Purdue's biggest bargaining chip? D.J. Byrd – The junior has gone from role player to, perhaps, most important player, averaging 17.8 over the past four games.
What they have going against them: Lack of quality wins – Purdue is 0-6 against top 25 teams, making it the only Big Ten team without a win over a ranked foe; Forgettable Penn State performance – Losing at Penn State is one thing, but a 20-point loss is certain to stick out when the committee assesses the Boilers.

What lies ahead: All four teams face difficult remaining schedules, with Minnesota having the toughest (.554 winning percentage) and Purdue the easiest (.474 winning percentage). Calling Purdue's schedule "easy" is deceiving, what with trips to Illinois, Indiana and Michigan, plus a home contest against Michigan State.

Prediction: Three of the four teams go dancing — the nation's best conference deserves eight tourney teams, right? The way the Illini are playing right now, they seem to be the easiest to exclude. But they do have the most impressive wins of the group…