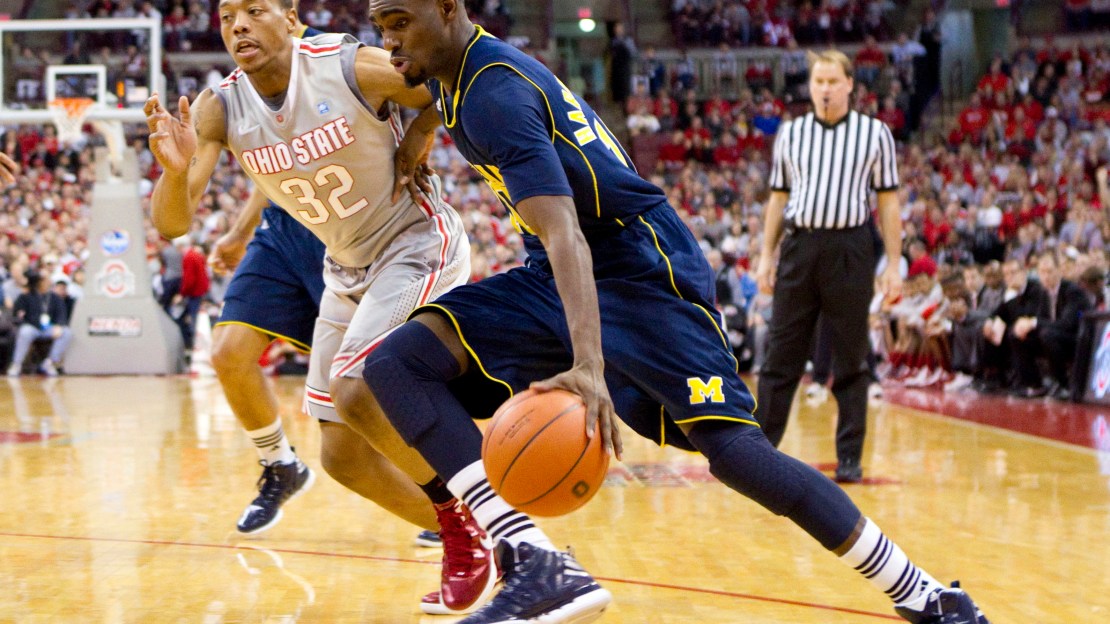 News, notes and whatnot from the Big Ten as I still try to catch my breath following Michigan State?s surprisingly dominant win at Ohio State. Who is gonna win this thing?

Illinois
The Illini are fading fast, says Paul Klee of the Champaign News-Gazette.

The players? understanding of urgency might not be enough, writes Mark Tupper of the Decatur Herald-Review.

Bruce Weber?s under the whether, says Loren Tate of the Champaign News-Gazette.

Bruce Weber is firmly on hot seat after that loss at Michigan, writes Tina Akouris of the Chicago Sun-Times.

Indiana
The Hoosiers want to deflect the ball while playing defense, says Terry Hutchens of the Indianapolis Star.

Iowa
Another season, another February surge for the Hawkeyes, says Jeff Linder of the Cedar Rapids Gazette.

Michigan focuses on winning in March, writes Rod Beard of the Detroit News. The Wolverines may be a dark horse.

Michigan State
Tell me if this sounds familiar: The Big Ten race is tight with the Spartans right there, says Matt Charboneau of the Detroit News.

A third Big Ten title in four years is within reach for the Spartans, writes Joe Rexrode of the Lansing State Journal. Let?s call them the Michigan State Yankees.

Draymond Green gets Tom Izzo?s ear, and the Spartans net a big victory, says Matt Charboneau of the Detroit News.

If Minnesota wants a Big Ten AD, let?s search, woo and pay, writes Jim Souhan of the Minneapolis Star-Tribune. What?s that old adage? You usually get what you pay for.

Four more wins could get the Gophers in the NCAA field, says Marcus Fuller of the St. Paul Pioneer Press. I know, it?s difficult to believe.

Nebraska
Clunker of a season is a bummer for Toney McCray, says Lee Barfknecht of the Omaha World-Herald.

Ohio State
A look inside Buckeye hoops from Bob Baptist of the Columbus Dispatch.

Doug Lesmerises of the Cleveland Plain Dealer wonders: Has the Buckeyes? Achilles? heel been found?

Urban Meyer fesses: The Buckeyes still lack a player with game-changing speed, writes Tim May of the Columbus Dispatch.

Purdue
Clank! The ins and outs of foul shots, from Jeff Washburn of the Lafayette Journal-Courier. The Boilermakers lay bricks better than any other Big Ten team. Dubious. Also from Washiburn: D.J. Byrd is shooting for home edge.

Wisconsin
A one-week break is a respite for the beat-up Badgers, says Jim Polzin of the Wisconsin State Journal. Also from Polzin: Did Jared Sullinger?s dad call out Bo Ryan and the Badgers?

Ken Pomeroy figures he knows why Wisconsin?s defense is so good, writes Bob Wolfley of the Milwaukee Journal Sentinel.

In-state stud Sam Dekker?s omission from the McDonald?s All-American team is a big letdown for the Badgers, says Jim Polzin of the Wisconsin State Journal.