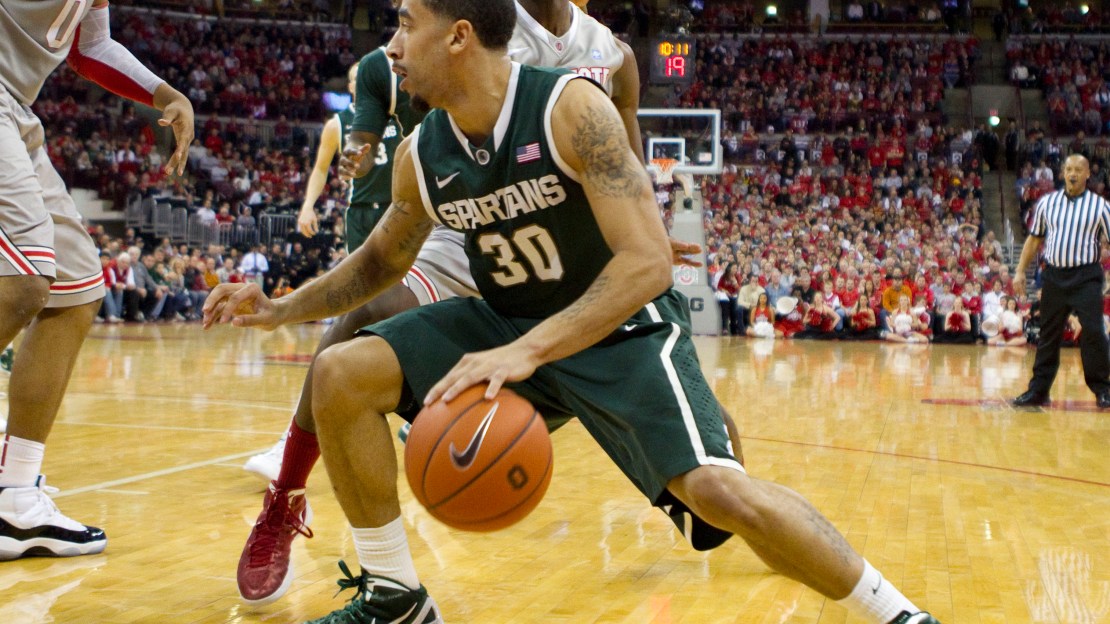 It's time to release my latest Big Ten men's hoops power rankings. The rankings are not meant to mimic the Big Ten standings. What fun would that be? They aren?t scientific, either. They?re simply my thoughts on where each Big Ten team stands right now and who would win on a neutral court. Agree? Disagree? Tweet @BTNBrentYarina or leave your comments below. Also, did you see my top 10 Big Ten plays from the past week? Watch them and vote for your top play.

5. Indiana (19-6, 7-6) – All of the sudden, things appear to be clicking again for the Hoosiers. With Verdell Jones out nursing a sore shoulder the past two-plus games, Jordan Hulls has done a masterful job leading the attack.
Last time: No. 5
This week: vs. Northwestern (2/15), at Iowa (2/19)

8. Northwestern (15-9, 5-7) – The Wildcats have been searching for a consistent third scorer to go along with John Shurna and Drew Crawford. Dave Sobolewski may be that guy. The freshman point guard is averaging 16 points the last four games.
Last time: T-No. 8
This week: at Indiana Iowa (2/15), vs. Minnesota (2/18)

T-9. Illinois (16-9, 5-7) – How bad are things in Champaign? The Illini have lost six of their last seven, putting their NCAA tourney hopes in serious jeopardy. The good news: The one win during the funk was against Michigan State.
Last time: No. 6
This week: vs. Purdue (2/15), at Nebraska (2/18)