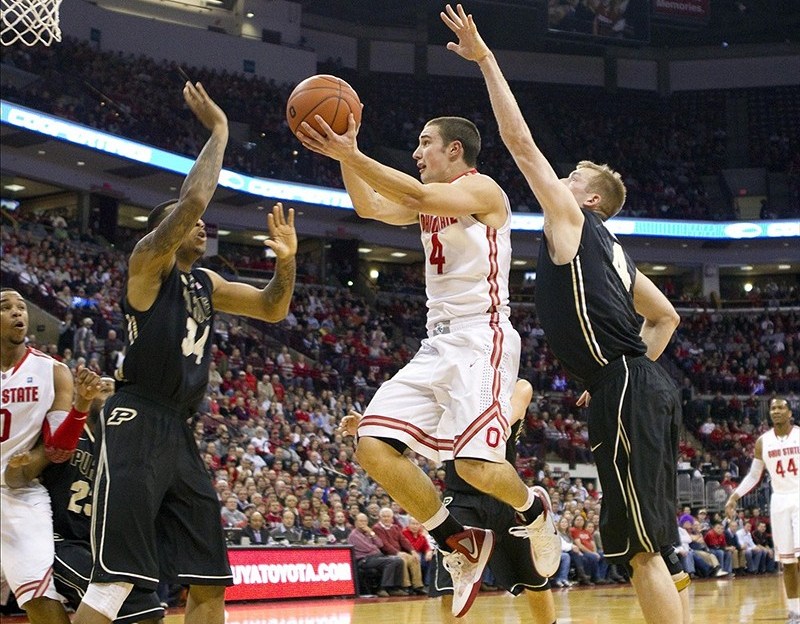 All the Big Ten-related stories fit to be linked to. And it?s all free. For instance, a "gentlemen?s agreement?" In football recruiting? Poppycock, writes Pete DiPrimio of the Ft. Wayne News-Sentinel. And don't forget: I'll be chatting live during tonight's Super Wednesday games over on the BTN Facebook page. Come on over at 5:30 p.m. ET.

A shakeup of Kirk Ferentz?s staff doesn?t mean you?ll see a new style this fall, says Marc Hansen of the Des Moines Register. Why would Ferentz-the longest-tenured coach in the Big Ten-change now?

Iowa A.D. Gary Barta thinks a playoff is interesting, but he wants to preserve the Rose Bowl, says Randy Peterson of the Des Moines Register. Yes, that would be nice. But sometimes, you have to give up something to get something.

Michigan
Attention, Tim Hardaway Jr.: Your teammates say you don?t have to be perfect, says Mark Snyder of the Detroit Free Press. This slump from long distance has to end soon, right?

Kyle Meinke of AnnArbor.com had receivers coach Jeff Hecklinski breaks down the Wolverines? new receivers and where they would fit in. In case you didn?t know, Michigan needs some help at wideout.

Michigan State
Tom Izzo is trying to coax Keith Appling out of a slump, writes Shawn Windsor of the Detroit Free Press. Considering this is Appling?s first year running the point, some rough patches are expected.

When all else fails, go back to the basics. It always works for Michigan State, writes Matt Charboneau of the Detroit News.

Draymond Green has had a variety of influences to shape him, writes Joe Rexrode of the Lansing State Journal. All I can say is this: Looking good, Day-Day!

Minnesota
The new Gopher A.D.? He will be consumed with money matters 24/7, says Phil Miller of the Minneapolis Star Tribune.

Nebraska
Stop me if you?ve heard this before: The Huskers prepare for life without Jorge Brian Diaz, writes Brian Rosenthal of the Lincoln Journal Star.

A four-team playoff? Tom Osborne and the Big Ten are getting on board, writes the Associated Press.

Penn State
Fans weigh in on what Bill O?Brien should tackle over the next 100 days, says Stefanie Loh of the Harrisburg Patriot-News. No mention of bringing in a Feng Shui expert to help design the office.

Wisconsin
Tom Mulhern of the Wisconsin State Journal wonders: Do former Badgers have an edge on the recruiting trail?