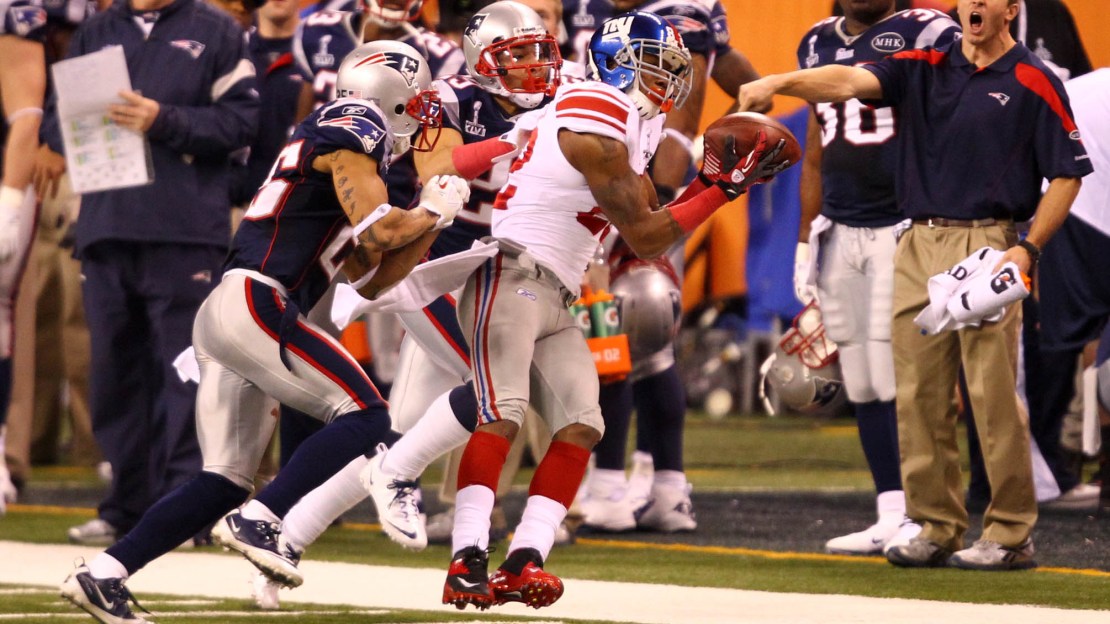 Fourteen former Big Ten players will be fitted for rings after the New York Giants beat the New England Patriots, 21-17, Sunday night in Super Bowl XLVI (AP recap). Ex-Michigan WR Mario Manningham highlighted the group with five receptions for 73 yards, including a ridiculous 38-yard grab (watch the catch!) that helped set up New York's game-winning score in the final minute. See how all Big Ten products did in the Super Bowl in this post.

Obama we cant wait too see you!!!

so my boys Greg Jones and @IamDevinThomas just got them a super bowl ring. Spartan Dawgs putting on!!!!!!!!!