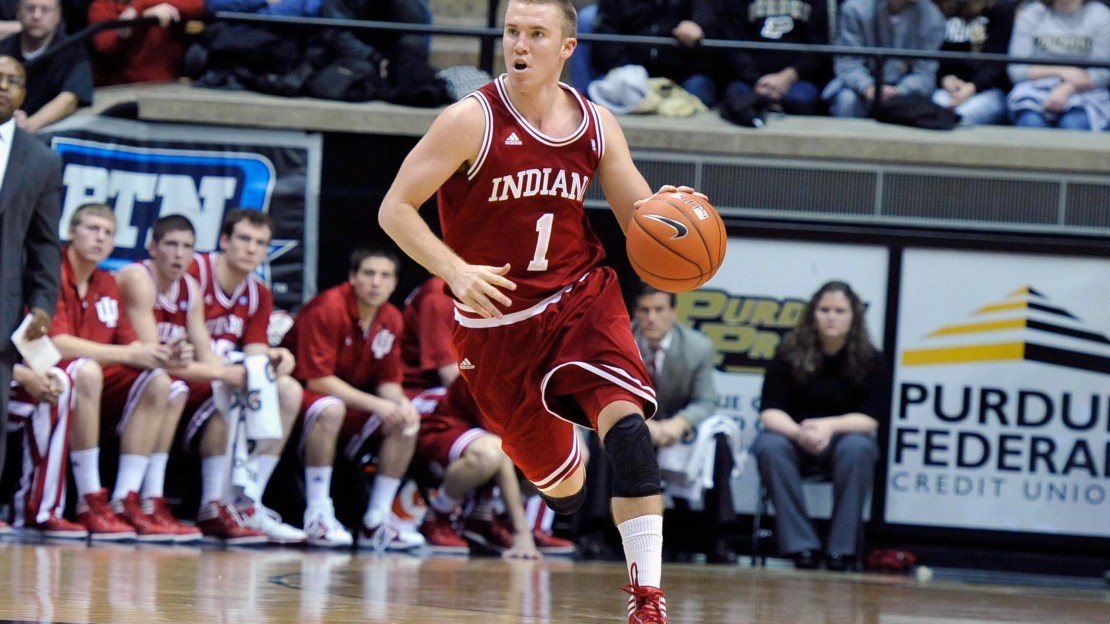 No. 20 Indiana solved its road woes with a 78-61 victory over archrival Purdue (recap) on Saturday night. In other action, No. 3 Ohio State beat No. 20 Wisconsin to remain in first place (recap) and Iowa took down Penn State (recap). Catch up on all the games with our Big Ten scoreboard and get stats, video and recaps in this post. Also, keep up with all the latest highlights from across the Big Ten in our Did You See This? archive. And don't forget about the latest Big Ten standings and Big Ten stats, either.

FINAL: Jared Sullinger scored 24 points and grabbed 10 rebounds to lead No. 3 Ohio State to a 58-52 win over No. 20 Wisconsin on Saturday at the Kohl Center. The lead changed hands 10 times in a back-and-forth affair. Ohio State (20-3) also got solid contributions from William Buford, who scored 11 and Deshaun Thomas, who scored 16. Mike Bruesewitz scored 11 points and pulled down 11 rebounds for Wisconsin (18-6). More Wisconsin scoring came from Ryan Evans (14), Jordan Taylor (12) and Jared Berggren (10). Not only did the Buckeyes go to the line 13 more times than did the Badgers, they made the most of their opportunities, converting 13-of-16. Wisconsin committed 15 fouls and shot 3-of-3 from the line. Ohio State was more on target with its field goal shooting, maintaining a 43 percent (22-of-51) field goal percentage to the Badgers' 40 percent (22-of-55). The Buckeyes push their winning streak to five games and break Wisconsin's six-game winning streak with the victory.

FINAL: Aaron White scored 17 points and grabbed nine rebounds and Bryce Cartwright added 17 points and seven boards as they teamed up to lead Iowa to a 77-64 victory over Penn State on Saturday at Carver-Hawkeye Arena. After going into the break with momentum, Iowa (13-11) kept its foot on the gas to start the second half. The Hawkeyes led 31-17 with 2:09 left in the first half before they widened the margin to 26 points with a 14-2 run that ended early in the second half. Iowa broke out to an early 14-point lead after a 16-2 run with 13:52 to go in the first half. The Hawkeyes went 29-of-34 from the charity stripe as a team (85 percent). It was a team effort for Iowa, as it had 16 assists on 22 baskets. The Hawkeyes also got double-digit games from Matt Gatens (18) and Zach McCabe (10). Tim Frazier had 23 points, corralled five rebounds, and dished out five assists for Penn State (10-14), while Jermaine Marshall (13) Cammeron Woodyard (11) and Nick Colella (10) all reached double figures. The Hawkeyes never trailed in the game. Iowa's largest lead was 26, which came with 17:39 in the game.

HALFTIME: Iowa took full advantage of the stellar combination of Aaron White and Bryce Cartwright, ending the first half against Penn State up 36-19. White scored 10 points and grabbed four rebounds, while Cartwright scored nine points, grabbed four rebounds, and shot 3-of-5 from the field. The Nittany Lions were limited to 27 percent shooting. The Hawkeyes led from the start and led by as many as 21 points. Trailing early in the game, Penn State went cold, going 4:21 without a point while Iowa went on a 12-0 run to open up a 16-2 lead. The Hawkeyes played team basketball in the first half, to the tune of eight assists on 12 field goals. Seven Iowa players scored in the first half. Tim Frazier is putting together a nice game for the Nittany Lions, with eight points and three rebounds.

FINAL: Victor Oladipo scored a career-high 23 points, grabbed eight rebounds and handed out four assists as No. 20 Indiana defeated Purdue 78-61 on Saturday at Mackey Arena. Oladipo and Cody Zeller both had solid performances for Indiana (18-6), also Zeller added 16 points, nine rebounds, and went 4-of-7 from the field. The Hoosiers were winning 63-59 with 3:08 remaining before they went on a 15-2 run to extend their lead to 17 points with 30 seconds to go. Remy Abell was 5-of-6 from the floor and chipped in a career-high 13 points for Indiana, which shot 29-of-35 from the free throw line. The Hoosiers also got a double-digit effort from Jordan Hulls, who scored 10. Robbie Hummel contributed 16 points and yanked down 12 rebounds for Purdue (15-8), and D.J. Byrd (15) and Kelsey Barlow (12) also scored double figures. The Boilermakers shot just 30 percent from the field (21-of-71). Winning the battle on the boards was crucial for Indiana as it grabbed 44 rebounds to 32 for the Boilermakers.

HALFTIME: Victor Oladipo and Will Sheehey have teamed up to give No. 20 Indiana a 33-22 lead over Purdue. Oladipo scored 11 points, grabbed three rebounds, and had three assists, while Sheehey scored seven points, grabbed six rebounds, and shot 3-of-4 from the field. The Hoosiers dominated on the glass in the first half, outrebounding the Boilermakers 28-20. Neither team has been able to take control of the game as the lead changed hands five times. Purdue led 13-8 when Indiana went on a 13-0 run to take an eight-point lead. Seven Purdue players scored in the half. After already giving up nine offensive rebounds to the Hoosiers, the Boilermakers will have to keep Indiana off the boards in the second half. The Hoosiers demonstrated their offensive efficiency by racking up seven assists on 11 baskets. Purdue's Robbie Hummel had a big first half, with five points and eight rebounds.