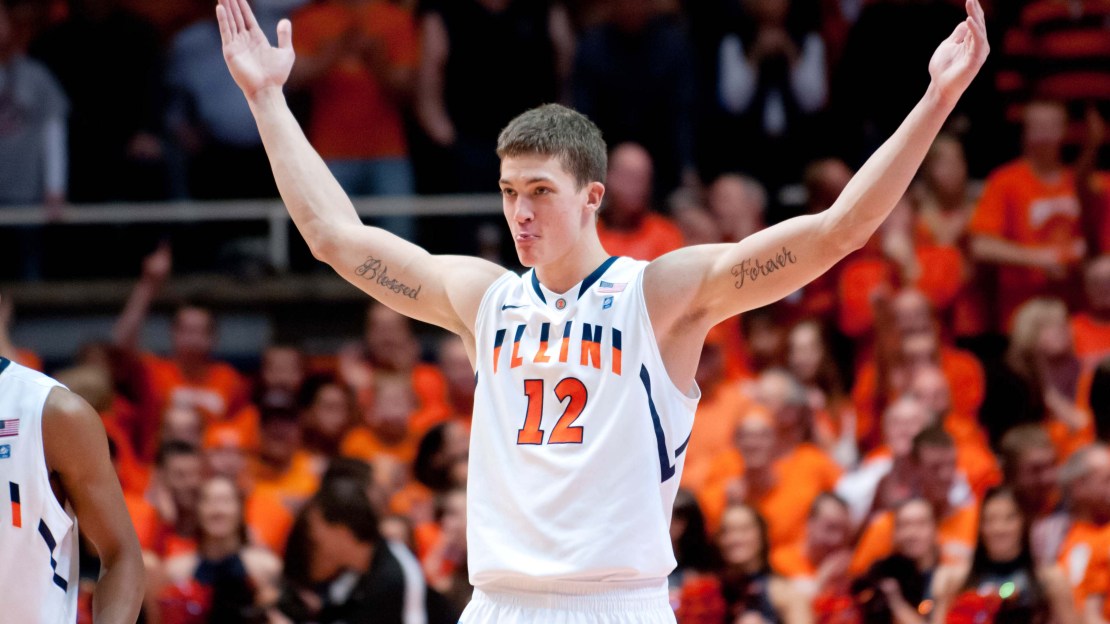 With a big basketball game around every corner and football recruiting's big day on Wednesday, there?s a lot going on in the Big Ten as January prepares to melt into February. I surf the Internet to stay on top of Big Ten news, then give you the links I like best.

I post my batch of links each weekday morning. Find my previous daily links in my Daily Links archive, and you can also subscribe to that Daily Links RSS and have them delivered right to you whenever I post new stuff. Got a link you like? Email it to me at the bottom of this post.

Illinois
Beating the Spartans would be a huge boost for the Illini, says Paul Klee of the Champaign News-Gazette. Heck, at this point, any ol? win would do for this slumping team.

It?s three losses in a row for Illinois. The remedy? Fix the shooting, says Mark Tupper of the Decatur Herald-Review.

Is Michigan State?s Draymond Green the best player in the Big Ten? Hmmm. This much is certain: He?s a tough matchup for Illinois and Brandon Paul, says Shannon Ryan of the Chicago Tribune.

Indiana
The Hoosiers and Boilers have had their ups and downs this season. But that?s in the past. The second half of the schedule beckons. It?s time to pick it up, says LaMond Pope of the Ft. Wayne Journal Gazette.

Michigan
Start fast. That has been the key to the Wolverines lining up a killer recruiting class, says Kyle Meinke of AnnArbor.com. Is Michigan officially back?

John Beilein has taken a cue from Brady Hoke by now calling the Buckeyes "Ohio," says Rod Beard of the Detroit News. Brutus isn?t going to like this.

Michigan State
You don?t win 400 games without knowing that defense is key to winning on the road, says Denny Schwarze of the Lansing State Journal. And few teams do it as well as Tom Izzo?s burly and tough bunch.

Michael Rosenberg of the Detroit Free Press thinks there?s something about these Spartans. And he?s right. They are good. Really good.

Minnesota
Packages deals. That?s the ticket! At least it is for the Gophers, who are having success landing multiple players from the same schools in recruiting, says Phil Miller of the Minneapolis Star Tribune.

Nebraska
Lee Barfknecht of the Omaha World ranks the Big Ten teams. Who does he have on top? One hint: It?s not Nebraska.

Ohio State
Bill Livingston of the Cleveland Plain Dealer ponders a final four of college football?s greatest coaches. Who made his list?

Is the Big Ten about to flashback to the 1970s, when Ohio State and Michigan dominated? Bill Rabinowitz of the Columbus Dispatch thinks so, based on the recruiting mojo of each.

Penn State
New Nittany Lions coach Bill O?Brien is busy this week at the Super Bowl coordinating the Patriots offense. Is being part of the greatest spectacle in sports a bane or boon to recruiting? USA Today explores.

Purdue
Should the Boilermakers keep playing a smaller lineup? It paid dividends in a huge win at Northwestern last Saturday, says Jeff Washburn of the Lafayette Journal-Courier.

Wisconsin
The arms races continues, as Wisconsin begins work on $76.8 million "Athletic Village" at Camp Randall. This is gonna be something. Check it out in this story in the Wisconsin State Journal by Deborah Ziff.