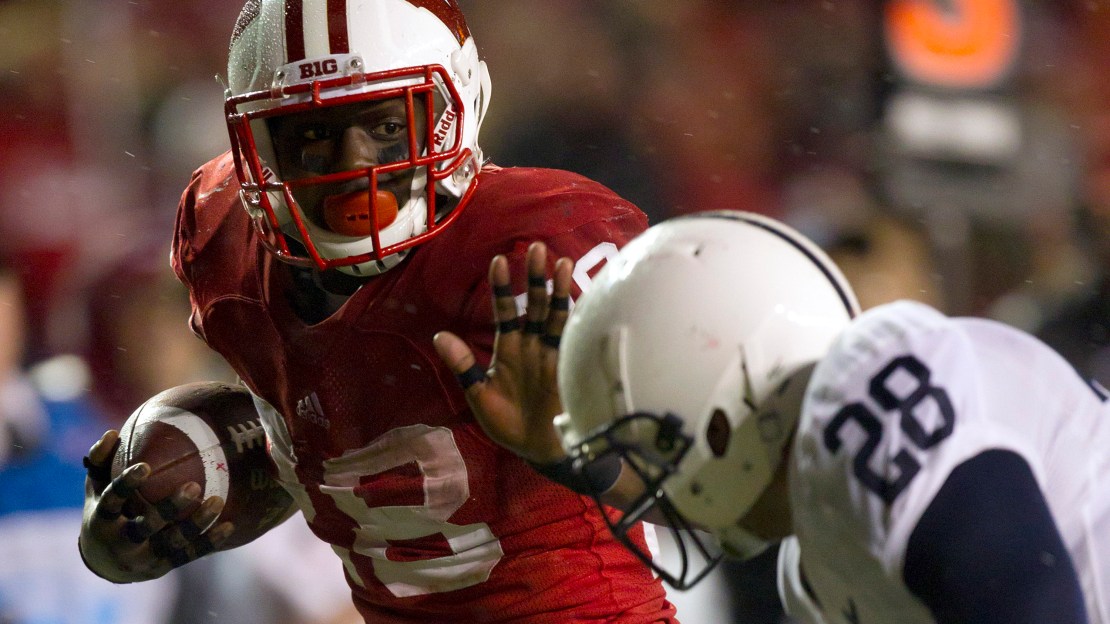 Now that the deadline to declare for the 2012 NFL Draft has passed, it's a lot easier to analyze what could be in store for the Big Ten next season. This is far too early, admittedly, but you can find my list of the top candidates for the 2012 Big Ten Offensive Player of the Year in this post. Disagree? Did I leave someone off the list? Leave your thoughts in the comment box, or tweet @BTNBrentYarina.

1. Montee Ball, Wisconsin, RB, Sr. – A Heisman finalist and the owner of a Big Ten-record 39 touchdowns a season ago, Ball is the leader of the pack by a LONG shot.

2. Denard Robinson, Michigan, QB, Sr. – Robinson still isn't a good passer and he throws way too many interceptions (career-high 15 in 2011), but few players rack up yards, big plays and touchdowns quite like him.

3. Rex Burkhead, Nebraska, RB, Sr. – It's hard not to like Superman. One can only imagine the kind of numbers he'd pile up if he had a respected passer in his huddle.

4. Braxton Miller, Ohio State, QB, So. – Miller made an impact as essentially a run-only quarterback as a true freshman. He should only improve as a passer in Year 2, and he'll also have Urban Meyer's system in his favor.

5. Le'Veon Bell, Michigan State, RB, Jr. – With sidekick Edwin Baker out of the picture and Kirk Cousins, B.J. Cunningham and Keshawn Martin out of eligibility, the offense will revolve around the talented Bell.

6. James Vandenberg, Iowa, QB, Sr. – The unexpected loss of RB Marcus Coker could force Kirk Ferentz to go to the air far more than he prefers. If he does, he has the perfect guy at his disposal.

7. Kain Colter, Northwestern, QB/ATH, Jr. – Wherever Pat Fitzgerald and company decide to put Colter, the jack-of-all trades is going to produce in a big way.

8. MarQueis Gray, Minnesota, QB, Sr. – While Gray only completed at least 50 percent of his passes three times in Big Ten play, he had several promising moments and can torch opponents with his legs.

10. Jared Abbrederis, Wisconsin, WR, Jr. – Abbrederis won't have Russell Wilson throwing the ball his way, but he'll be Wisconsin's primary receiver, regardless of the starting quarterback, and he'll have Montee Ball to keep defenses honest.