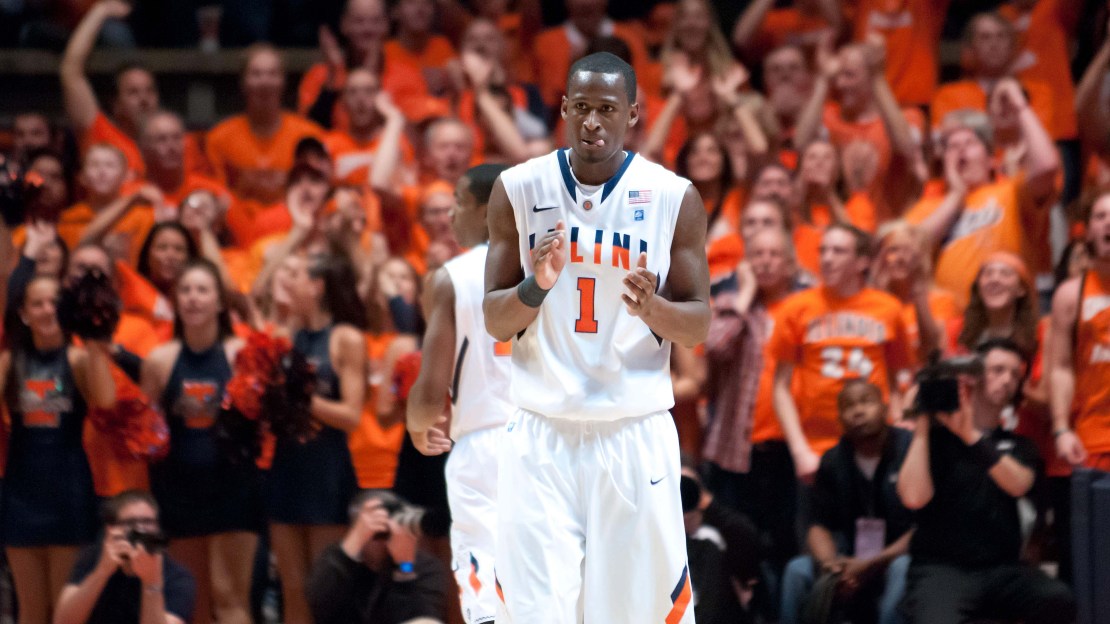 It's time to release my latest Big Ten men's hoops power rankings. The rankings are not meant to mimic the Big Ten standings. What fun would that be? They aren?t scientific, either. They?re simply my thoughts on where each Big Ten team stands right now and who would win on a neutral court. Agree? Disagree? Tweet @BTNBrentYarina or leave your comments below. See Brent's rankings in this post. The latest national polls are out, as well. Where does your team land? And check out all of the Big Ten statistical leaders.

1. Michigan State (15-3, 4-1) – This stat from the Big Ten Geeks explains why the Spartans were upset by Northwestern: "The Spartans have been suffocating on defense this season, and the 1.26 points per possession they gave up to the Wildcats was easily the most on the season." Indeed. The Spartans are allowing just 0.98 point per possession in conference play, so call it an off night or a hot-shooting night for the other team.
Last time: No. 1
This week: at Michigan (1/17), vs. Purdue (1/21)

2. Ohio State (16-3, 4-2) – With all the scoring options Ohio State boasts, some role player is going to reap the benefits of defenses keying on Jared Sullinger, William Buford, Deshaun Thomas and Aaron Craft. That guy is Lenzelle Smith — at least against Indiana. Smith, who entered Sunday's game averaging 5.2 points, has scored a career-high 12 and 28 points against the Hoosiers this season, the only double-digit games of his career.
Last time: No. 2
This week: at Nebraska (1/21)

3. Illinois (15-3, 4-1) – Following the Illini's narrow victory over St. Bonaventure earlier this season, I pointed out that Brandon Paul must frustrate Illinois fans more than any player. It's a compliment, believe it or not, because Paul has the skills and ability to be great every night. For whatever reason, though, the junior only flashes it here and there. Maybe Tuesday's incredible 43-point performance against no other than Ohio State will give him the confidence to be great on a consistent basis.
Last time: No. 6
This week: at Penn State (1/19), vs. Wisconsin (1/22)

4. Michigan (14-4, 4-2) – Few players were hotter from the field than Evan Smotrycz when the schedule flipped to Big Ten play, and now few players are colder than the Michigan sophomore. After shooting 57 percent in nonconference play, Smotrycz is hitting just 25 percent of his shots in Big Ten play, including 10 percent (2 of 19) over the last three games.
Last time: No. 4
This week: vs Michigan State (1/17), at Arkansas (1/21)

5. Indiana (15-3, 3-3) – Starting with the escape job at Penn State two weeks ago, the Hoosiers have not been the same team recently, evidenced by them losing two of their last three. It all comes down to defense, where Indiana is surrendering 79.7 points per game during the 1-2 funk. Actually, against Minnesota, it was more about being outworked on the glass in crunch time, but giving up 77 points to a team that was averaging 64 in Big Ten play is not exactly a good omen.
Last time: No. 3
This week: at Nebraska (1/18), vs. Penn State (1/22)

6. Northwestern (12-5, 2-3) – Get ready for more debate about whether Northwestern can earn its first NCAA tourney berth. Saturday's win over Michigan State, winners of 15 straight prior to the loss, is the signature win the Wildcats desperately needed to make history. In a conference like the Big Ten, Northwestern will have plenty of opportunities to improve its resume.
Last time: No. 8
This week: at Wisconsin (1/18), at Minnesota (1/22)

7. Wisconsin (14-5, 3-3) – On the heels of its three-game losing streak, Wisconsin compiled back-to-back wins this past week, including an impressive road win at Purdue. It's still hard to buy into the Badgers, mostly because they're a 3-point shooting team that can't seem to hit from distance. In last week's two wins, in fact, Wisconsin only made 29 percent (11 of 38) of its 3s.
Last time: No. 7
This week: vs. Northwestern (1/18), at Illinois (1/22)

8. Purdue (13-5, 3-2) – The Boilermarkers' 26-game winning streak at Mackey Arena was snapped by struggling Wisconsin on Thursday. Some good news from the defeat: Terone Johnson (16 points) led the team in scoring, meaning someone other than Robbie Hummel has paced the Boilers the last two games. Come to think of it, that can be viewed as a positive or a negative, depending on how you look at it.
Last time: No. 5
This week: vs. Iowa (1/17), at Michigan State (1/21)

T-9. Iowa (11-8, 3-3) – One of the more up-and-down Big Ten teams, Iowa posted another great win in Saturday's 75-59 victory over ranked Michigan. It's simple, when Melsahn Basabe, Devyn Marble and Aaron White are on, the Hawkeyes can compete with a lot of teams in the Big Ten. Thing is, Iowa is still too young and too inconsistent to do it on a regular basis.
Last time: No. 9
This week: at Purdue (1/17), at Michigan State (1/21)

T-9. Minnesota (14-5, 2-4) – How hard is it to win at Assembly Hall in Bloomington? Why don't you ask Kentucky, Ohio State or Michigan, three ranked teams that lost there earlier this season. Apparently, Minnesota didn't get the memo. Owning an 0-4 Big Ten clip at the time of the tip, the Gophers handed Indiana its first home loss of the season Thursday night. Three days later, Minnesota won at struggling Penn State, and now they have a week off to regroup and prepare for Northwestern.
Last time: No. 10
This week: vs. Northwestern (1/22)

11. Nebraska (9-8, 1-5) – Consider this: Nebraska, while 1-5 in Big Ten play, has sandwiched 5-point losses at Illinois and Wisconsin between Wednesday's inaugural Big Ten win over Penn State. Interestingly, those three outcomes have coincided with with Jorge Brian Diaz and Dylan Talley's returns from injury. Let's see what this team can do when it's healthy.
Last time: No. 12
This week: vs. Indiana (1/18), vs. Ohio State (1/21)

12. Penn State (9-10, 1-5) – Since holding Purdue to 45 points in an upset win January 5, Penn State has surrendered 79.3 points the last three games — all losses. For a team that struggles to score, aside from star junior Tim Frazier, the Nittany Lions must figure things out on defense if they hope to be competitive.
Last time: No. 11
This week: vs. Illinois (1/19), at Indiana (1/22)