Did You See This? Illinois' Paul 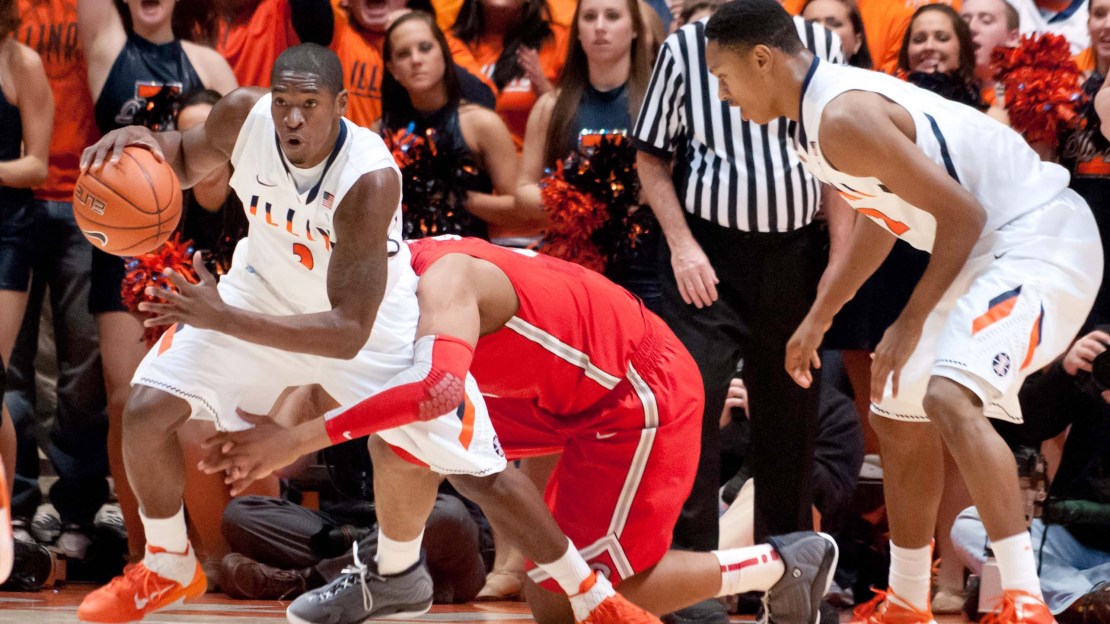 Illinois' Brandon Paul had a night to remember Tuesday. The junior exploded for 43 points and eight 3-pointers, both career highs, in Illinois' upset victory over No. 5 Ohio State. He also played his share of defense, with a career-high four blocks and two steals. Basically, he was a star on both ends of the floor. Never was that more evident than on a late sequence where he hit a fadeaway 3-pointer and stuffed preseason Big Ten Player of the Year Jared Sullinger on the ensuing play. Watch the sequence now. Also, check out another one of his blocks and the Twitter reaction to his big night in this post.

Brandon Paul (@BP3) was also incredibly efficient, becoming the 1st CBB player in the last 15 years to score 43+ on 15 or fewer FG attempts.

Best big ten performance I have ever seen. Brandon Paul was unreal!

Avatar of the Day – no reason to wait. Goes to Illinois' Brandon Paul – who just went for 43 points in the win over Ohio State.

Brandon Paul (@BP3) is trending in the United States…I wonder why? #Illini

Really Brandon Paul!!!!! You got me over here salty but great game.