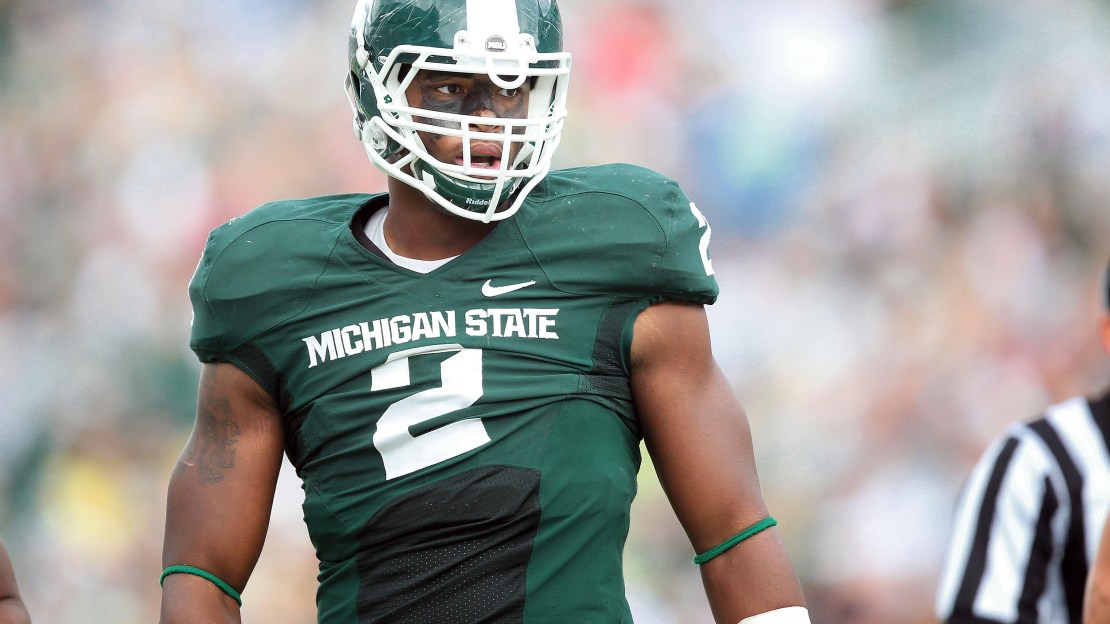 Predictions. Everyone has them, and rarely do people prognosticate correctly. As the saying goes, that's why they play the game. I've been burned with predictions several times, the most recent one coming when I said Illinois was for real and a Rose Bowl contender. We all know how that turned out! With the calendar flipping to 2012 Sunday, it's time to offer up some more educated guesses, posted in a multiple choice test format to give it a different wrinkle. Feel free to post your answers or fill in your "other" selection in the comment box. The predictions are listed in chronological order and, just for clarity, many of the football ones take into account likely early NFL departures.

My pick: C. The Buckeyes aren't a bold prediction, admittedly, as they were the preseason favorites and have won at least a share of the last two Big Ten crowns. With a quartet of William Buford, Aaron Craft, Jared Sullinger and Deshaun Thomas, they're the clear-cut favorite and could flirt with a perfect conference record. That's bold, right?

My pick: C. Sullinger is a beast. As I've said multiple times this season, he's the best player on the best team. Sullinger doesn't have to dominate every game, thanks in large part to a terrific supporting cast, but even on his worst nights, he's a threat to post a double-double.

3. Who will be the first Big Ten player selected in the 2012 NBA draft?

My pick: B. Leonard has his share of frustrating moments, although that's kind of what you expect from a player who has gone from getting no PT as a freshman to being his team's best player in the matter of months. NBA teams draft on potential and athleticism, and Leonard isn't short on either. He's a 7-footer who doesn't play like a 7-footer, so some team will take a shot on him early – assuming he forgoes his final two years of eligibility.

4. Which team will make the deepest 2012 NCAA tourney run?

My pick: B. The Buckeyes are the safest pick, but the way the Spartans have played since opening the season with losses to North Carolina and Duke, coupled with the fact Tom Izzo teams always get better as March approaches, it's hard not to be high on the Spartans. Michigan State has the size, length and athleticism to defend as well as any team out there, and that's what it's all about come tourney time.

5. Which non-conference football game will be the best of 2012?

A. Michigan vs. Alabama, Cowboys Stadium
B. Michigan at Notre Dame
C. Boise State at Michigan State
D. Nebraska at UCLA
E. Other

My pick: B. As good as the Michigan-Alabama opener at Cowboys Stadium could be, it would be stupid to go against recent history. Each of the last three seasons, Michigan has scored a touchdown in the final 30 seconds (11 seconds in 2009; 27 seconds in 2010; two seconds in 2011) to top Notre Dame by four points in every game. Denard Robinson has the led the comeback the last two seasons, all while going for 948 total yards and eight TDs.

6. Which team will win the 2012 Big Ten Legends Division?

My pick: B. The Wolverines will only improve in Year 2 under Brady Hoke and Greg Mattison – even with the significant departures of David Molk and Mike Martin, among others. The one thing to like most about the Wolverines next year, aside from the vastly improved defense, of course: RB Fitzgerald Toussaint. The sophomore came out of nowhere to rush for 1,000 yards this fall, and he's the key to making the Michigan offensive attack that much better, that much more diverse.

7. Which team will win the 2012 Big Ten Leaders Division?

My pick: D. The Badgers lose a lot, including one-year quarterback Russell Wilson and offensive coordinator Paul Chryst. Still, the Leaders Division figures to be down in 2012, with Illinois adjusting to a new coach, Indiana fresh off a one-win season, Ohio State on probation and Penn State dealing with the aftermath of a never-ending scandal. And let's face it, Bret Bielema does nothing but win.

My pick: D. Gholston is a ridiculous specimen. He broke out this past season as a sophomore, with three sacks and 11 tackles for loss, and the former linebacker will only improve as he continues to get more comfortable as a defensive lineman.

My pick: A. Colter did it all in 2011, and he'll do even more next season if he's allowed to focus on one position. In 2011, Colter ran, threw and caught it, depending on starting QB Dan Persa's health. He figures to be under center, and if he's given the opportunity to start at quarterback for 12 games, there are some people who think he'll be better than Persa.

10. Which football team will be the biggest surprise of 2012?

A. Illinois
B. Iowa
C. Northwestern
D. Purdue
E. Other

My pick: D. Assuming the Boilermakers can stay healthy – never a given recently with this team – they figure to be Wisconsin's biggest obstacle to getting to a second consecutive Big Ten Football Championship Game. Remember, Ohio State can't qualify for the Big Ten title game or a bowl game in 2012. The Boilers have an underrated defense, an improving offense that gets Rob Henry back, and they play in a division that features its share of teams in transition or facing distractions.

11. Which team will win the 2012 Big Ten Football Championship Game?

A. Michigan
B. Nebraska
C. Purdue
D. Wisconsin
E. Other

My pick: A. See No. 6 above. In a season where a lot of teams will be in transition or facing a ton of adversity, Michigan knows what it is and what it has coming back. The Wolverines are a team with firepower, an improving defense and a coaching staff that is recruiting players who fit its system.

12. Who will be the Big Ten's top Heisman candidate?

My pick: C. I fully understand Miller has a lot to prove and that he only completed double-digit passes once – in the season finale – but the idea of Urban Meyer coaching a player with his skills is scary. Meyer or not, Miller was going to improve as a passer in his second season. That process will only be smoother and faster now. Add an improved passing game to Miller's phenomenal running ability, and you have a special talent who will garner a ton of national buzz. There will be Big Ten players with better stats than Miller, but the Heisman isn't about the guy with the best stats.